Are parliaments doing enough on corruption? 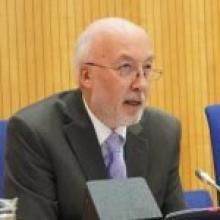 Phil Mason
Theme
Anticorruption
Commentary
Are parliaments doing enough on corruption?
What lies at the core of the parliamentary ‘dilemma’ on anti-corruption?

“An elected national Parliament or Legislature is a fundamental pillar of any integrity system based on democratic accountability. Watchdog, regulator and representative, the modern Parliament is at the centre of the struggle to attain and sustain good governance and to fight corruption.”

This quote comes from the 2000 Transparency International Source Book, one of the seminal compendiums of anti-corruption analysis and advice. It reflects an obvious logic: Parliaments sit at the heart of the national political space, they shape the rules by which national life is conducted, and they set the tone for both politics and wider social mores.

Yet in reality, more often than not, parliaments turn out to be part of the problem rather the solution.  Transparency International’s Global Corruption Barometer regularly shows that citizens rank ‘elected officials’ as among the most corrupt of their institutions.  In the latest Global Corruption Barometer report they were equal top (with police, the usual highest scorer in these surveys).  Digging down to the regional level, it can be worse. In the 2019 regional review of Latin American and the Caribbean, more than half of people thought most or all elected politicians are corrupt.

Perhaps this should come as no surprise.  Where, if not in politics, do we see the most egregious examples of public power being abused for private or party gain?  But parliaments are meant to be the institutional ‘check and balance’ against a strong executive. Most often, though, this role is squeezed to nothing.

There’s been no shortage of efforts to try to mend things.  Providers of assistance have generated a wide swathe of activities aimed at building the ‘capacity’ of parliamentary actors to perform their functions better.  This tends to be devoted to honing skills in making legislation, efficiently running committees that are meant scrutinise the executive, and improving technical knowledge of issues such as budget oversight.  Much effort has gone into educating elected members themselves on their role(s) as MPs and exposing them to good practices elsewhere, through the ubiquitous study tour.

Yet all this doesn’t seem to be making much difference.  At the Westminster Foundation for Democracy (WFD) we have been wondering what’s gone wrong.

We have been exploring possible reasons for this meagre return on current approaches.  We have considered how providers of assistance think and behave towards their parliamentary ‘targets’ and looked at the academic literature for what it tells us about the factors that make for success in this area.

From this we have conceived a fresh approach that could bring better dividends.  In a companion blog, I’ll be setting out these ideas.  But here I want to dwell on what might be causing this lack of obvious success.  What lies at the core of the parliamentary ‘dilemma’ on anti-corruption?

The type of assistance that tends to be given is a clue.  It is nearly always based on improving skills and knowledge. The whole approach is based on two beliefs: the notion that corruption happens because of failures in controls and procedures (which we can accept as broadly true) and that therefore – and this is crucial – the problem can be solved by having the right technical know-how on how to defeat it.

I call it the ‘knowledge capital’ approach to fighting corruption.  It goes something like this (and has become the norm for most donor-sponsored support): Make as many people in relevant positions more skilled in how to defeat corruption and you will beat corruption.  You just need to know how to do it.  Hence the standard fare of ‘capacity building’ – training, toolkits and manuals, equipment, mentoring, study tours.  Look at any major donor assistance programme on anti-corruption.  This is what you see.

But does this align with reality?  Is corruption tamed mainly by knowing how to tame it?  There’s precious little evidence for this.  An evidence review from the excellent U4 Anti-Corruption Resource Centre has shown how little success donors have had, including with parliaments, from this traditional approach.

Our work has tried to take a different tack.  It has a particular appeal for the parliamentary arena, since it draws on deeply political insights.  It recognises that corruption is as much, if not more, a political phenomenon as it is a technical problem, and that solutions will fail if we ignore the political dimension – which we mostly now do.  Far from better knowledge being the biggest missing element, our work suggests it could be something else: the absence of the right incentives.

A Minister at DFID once said to me when I was explaining our interventions on corruption, ‘Phil, you have to understand us, politicians – we don’t change our behaviour because we see the light; we change because we feel the heat’.

So, what if, in relation to a country’s corruption problems, parliamentarians felt more pressure from those they are supposed to serve?  What if they, or at least some, could be persuaded to see actual political advantage in pursuing corruption issues?  How might the influences on parliamentarians be made stronger in regard to anti-corruption?

This is where our work has headed, and it has some support in the literature.  One study has suggested that “the single most important determinant of overall effectiveness [of parliament] is the relative level of popular demand for good governance and transparency.”

Building an anti-corruption approach that doesn’t rest, as it largely does now, on an expectation that parliamentarians should be trained to ‘see the light’ in order to do the right thing, but is one that is driven partly by the very forces that drive politics itself, is the essence of this new approach.  This is a very different conception to what we have now.  In my next blog, I will set out what this looks like in practice.