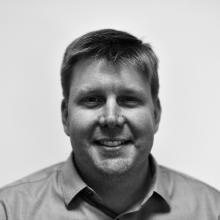 The COVID-19 pandemic is testing governance systems around the world. Where democratic systems were already straining under the pressure of post-financial crisis populism, this latest crisis is pushing political institutions and norms to breaking point. Emergency measures once thought unthinkable have been quickly designed and enforced, often with little to no public scrutiny or time restrictions. The variation in responses and results has again opened the debate as to the ability of democracies to deliver in moments of crisis.

Through all this, one factor seems to dictate the extent to which governments have been able to respond successfully to the pandemic: political trust.

Rachel Kleinfeld has suggested that state legitimacy, which she correlates with political trust, is a key determinant in whether citizens accept lockdown orders and intrusions on their civil liberties in exchange for flattening the curve. The contrast between behaviours in South Korea and New Zealand compared to many Western European democracies and the US, she writes, are illustrative of the important role trust plays in governance and policy outcomes.

Surprisingly, though, while political trust is widely cited as an important factor in this and numerous governance issues, it remains poorly understood. Existing research suggests that political trust may well be the glue that holds democracies together – providing that it is the right type of political trust. Democracy relies on the consent and support of the governed but is also premised on the notion of a critically engaged citizenship and voters who blindly follow leaders and are overly confident in institutions may fail to hold government accountable on key issues.

The nature or type of trust may be more important -that it is, ‘healthy scepticism’ among citizens, rather than blind trust, that is what stable democracies need. A recent study shows that ‘critical trusters’ (individuals who report more variable trust in political institutions, demonstrating more specific assessments of the object of trust) are more prevalent in established democracies.

A wide variety of factors are known to influence political trust, but their impact clearly depends on the context. The tendency of existing research to focus on developed, Western democracies, however, means our understanding of political trust in other parts of the world is patchy at best.

Existing research also fails to recognise political institutions – like parliaments, for example – as actors who might deliberately set out to create trust, rather than passive objects of trust, is also problematic. It leaves such institutions poorly equipped to earn the trust of citizens.

For WFD, these questions were already relevant before the emergence of COVID-19. With the pandemic threatening to linger, in some form or another, for many months to come, they become unavoidable.

In those countries where the virus has overwhelmed the government’s ability to respond, how can political institutions regain the trust of their citizens and restore faith in the value of democratic systems?

Where draconian measures have successfully stemmed the worst impacts of the epidemic, how can citizens begin to reclaim the rights they surrendered in the face of calamity and reinvigorate public discourse with oversight and scrutiny?

In a new paper launching this month, WFD will explore more deeply the existing narrative on political trust and the current limitations this has for international democracy support. Going forward, we will be working through our 30+ country offices to better understand how political trust has manifested throughout this global crisis and how the parliaments and political parties we can support can foster and strengthen the kind of social contract necessary for legitimate democratic governance in the aftermath of COVID-19 and beyond.