Transitioning to peace in a pandemic 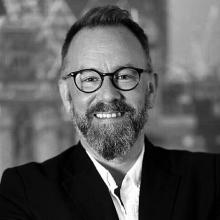 Transitioning to peace in a pandemic

The Bangsamoro Autonomous Region in the Muslim Mindanao, a new devolved administration in the Southern Philippines, was one year into a complex transition period when the COVID-19 pandemic hit. Following decades of conflict, the transitional authority in charge of the region faced the same challenges more seasoned governments have been buffeted by around the globe. All the while, a raft of complex governance issues urgently demanded attention too

If COVID-19 hit some of the world’s ‘old democracies’ hard, how about its impact on a fledgling, transitional authority emerging from decades of violent conflict?

The Bangsamoro Autonomous Region in the Muslim Mindanao, a new devolved administration in the Southern Philippines, was one year into a complex transition period when the COVID-19 pandemic hit. Following decades of conflict, the transitional authority in charge of the region faced the same challenges more seasoned governments have been buffeted by around the globe. All the while, a raft of complex governance issues urgently demanded attention too.

How can a new, devolved parliamentary system of government exist within a unitary, presidential state? What sort of mixed electoral system provides for a fair playing field which represents diverse group interests? How to ensure all are included in the new politics of the region and that Bangsamoro women in particular, who played such an essential role in holding society together during times of conflict, have political voice and meaningful representation? These are just some of the governance issues the Bangsamoro Transition Authority must navigate if it is to make a success of the new autonomous region, the centrepiece of a long-running peace process in which the UK Government played an important support role.

This was a tall order for the transitional authority even before the global pandemic. The Bangsamoro authorities have, however, shown real resolve and resilience in the face of the health crisis. They appear to have passed a first critical, if unexpected, test for the region’s new and still nascent governance structures by bringing the COVID-19 caseload under control. Restrictions have eased compared with other parts of the Philippines. As the Bangsamoro Transition Authority returns to its mission of implementing the commitments set out in the Bangsamoro Organic Law, the constitutional basis of the Bangsamoro, they must add a new critical priority to their ‘to do’ list: mitigate the unpredictable progression of the pandemic and its impacts on the rest of the transition process.

The global public health crisis notwithstanding, transitions such as the one the Bangsamoro is currently in the throes of are often when peace processes are at their most tricky – and most volatile. Elite bargains struck at the negotiating table must become living systems of governance, often against the backdrop of entrenched interests that benefit from conflict. Research by the UK Government’s Stabilisation Unit shows the evidence of a transition from peace to conflict being linear is thin at best. Instead, stability is more often achieved through creating new political settlements that are made more inclusive and developed over time. That is the sort of settlement that the transition in Bangsamoro hinges on. The authority, and the broader political ecosystem, must bring such a settlement to life if a more stable and prosperous future for this once conflict-wracked region is to be secured.

Lessons for building a new political settlement in the Bangsamoro can be drawn from as nearby as East Timor and Aceh in neighbouring Indonesia, and as far away as the UK’s own devolution process, particularly in Northern Ireland. These regions have undergone complex transitions of their own and, with varying degrees of success, achieved inclusive political settlements that reflect the needs of their peoples, served by representative local institutions. The UK Government, through the British Embassy in Manila and Westminster Foundation for Democracy (WFD), the UK’s democracy assistance agency, has a role to play on the ground in supporting the Bangsamoro Transition Authority to consider these lessons and road-test governance arrangements that work for the people of the Bangsamoro. During such transitions, there is much learning-by-doing to be done. This is certainly true for the revolutionaries-cum-ministers who now head the Bangsamoro Transition Authority. The challenges they face in leading the way forward through the rest of this complex transition are significant, and the stakes could not be higher.

How the UK is supporting the transition

Accompanying complex transitions such as this, and helping to cement the path from conflict and fragility to democratic stability, is the kind of support that the UK is well placed to provide, and the kind which is at the heart of a vision for Britain as a force for good internationally. We can bring to bear our own expertise in democracy and governance, coupled with our own experience of conflict resolution and devolution at home, to the benefit of our partners around the globe faced with challenging times.

In Bangsamoro, WFD is leading the way through a UK Government-funded programme of support for implementing the Bangsamoro Organic Law. Our work addresses some of the most pressing areas of the transition. They include: helping to develop the core functions of the transitional parliament, the institution at the heart of Bangsamoro’s new system of governance; providing expertise on the development of a political party system that fits the new parliamentary frame and which allows for meaningful representation for all peoples of Bangsamoro; and providing dedicated support to the Bangsamoro Women’s Commission and to the women political leaders who will be critical to making the new political settlement for the region one that lasts. In this sense, WFD’s programme is an important extension of the crucial work done by the British Embassy in Manila throughout the peace process, as a member of the International Contact Group.

Launched earlier this year, WFD’s programme has already made headway in equipping lawmakers of the Bangsamoro Parliament with some of the knowledge that we here in the UK have gleaned through the years of our own complex devolution process. Shortly before President Duterte announced that the Philippines would enter lockdown, a group of senior legislators from the region were with WFD in Edinburgh learning how the Scottish Parliament was set up, at breakneck speed and with the leadership by Sir Paul Grice, in the late 1990s. Former First Minister and now Lord McConnell, who has long been involved in the Bangsamoro peace process and is a WFD advisor, also spent time with the group providing mentorship on the stresses they will inevitably encounter, speaking from experience of being part of the first cohort of another new parliament some two decades ago. Our support to the Bangsamoro Women’s Commission has been decisive in putting gender-responsive budgeting and policymaking at the heart of the new parliament’s work plan. Our work with women legislators has facilitated discussion on policy priorities for the inclusion of women in decision making roles and for the advancement of their rights in Bangsamoro.

Building such ties, sharing the experiences of our own successes and failures here in the UK, and helping our partners to develop accountable, inclusive and locally owned institutions to serve the people of the Bangsamoro is at the heart of this work. If this pandemic has taught us anything, it is the huge value of learning from the experiences of our peers and allies. It is a principle we should all hold onto as we return to our pre-Covid ‘to do’ lists.