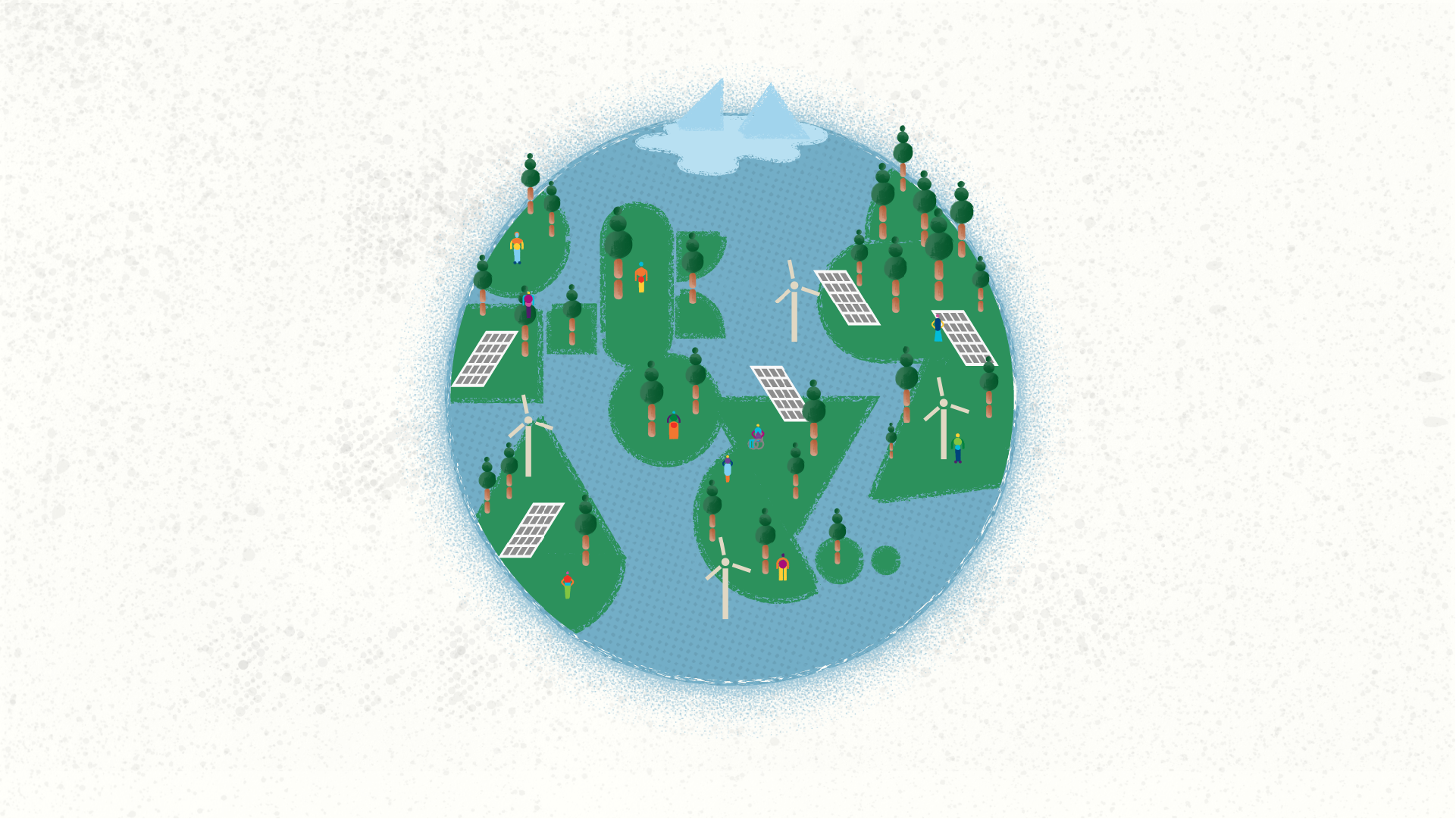 On 12 November 2021, WFD convened a panel discussion as part of the COP26 public events programme. This event was held in collaboration with the World Resources Institute (WRI), International IDEA, Climate Action Network (CAN), E3G and the Business, Energy and Industrial Strategy Committee (BEIS) of the UK House of Commons.

Efforts to embed the environmental democracy principles of open government, citizen participation, and access to justice principles in environmental governance – have been ongoing since the 1992 Rio Summit. Yet the potential of these principles to enhance climate action has yet to be realised.

Action on Climate Empowerment (ACE) and environmental democracy can strengthen the participation of citizens, local communities, women, and indigenous peoples in energy decision-making, creating powerful tools for convincing decision-makers to undertake ambitious, just clean energy objectives and orientate them to fulfil them with the widest societal ownership. Societal ownership can, in turn, facilitate the implementation of ambitious clean energy objectives and enhance legal certainty. The adoption of the Glasgow ACE Work Programme brings a unique opportunity to reinvigorate the clean energy transition.

On 12 November 2021, WFD convened a panel discussion as part of the COP26 public events programme. This event was held in collaboration with the World Resources Institute (WRI), International IDEA, Climate Action Network (CAN), E3G and the Business, Energy and Industrial Strategy Committee (BEIS) of the UK House of Commons and aimed to:

Watch the event in full

With the announcement of ambitious pledges to reduce greenhouse emissions by a decisive number of Parties, whose effective implementation would bring the planet closer to the 1.5C objective of the Paris Agreement, and the approval of the new Glasgow Work Programme on ACE, the COP presented a significant moment to discuss the role public participation in the shift towards clean energy.

Introducing the panel discussion, WFD’s Environmental Democracy Adviser, Rafael Jimenez Aybar, outlined how, as the energy transition requires significant social and economic shifts, democratic innovation is needed to manage this fairly. To demonstrate this, he explained how the panel discussion would be followed by a “mini citizens’ assembly” for those attending the event in person.

Sarah Allan, from Involve UK, then gave context for this by discussing how citizens’ assemblies provide a way to understand the public’s informed and considered views on an issue. Using the example of Involve UK’s work on the UK Climate Assembly, she explained how a representative sample of the population first learn about an issue with accurate and balanced information, then discuss with fellow assembly members before making recommendations.

Speaking from Washington DC, Jesse Worker from the World Resources Institute then outlined two reasons citizen engagement is crucial. Firstly, it helps drive ambition of the clean energy agenda. Secondly, it helps ensure that climate policies centre equity, helping minimise the potential costs (such as a loss of jobs in fossil fuel industries) on already marginalised communities. He considered the importance of the new Glasgow Work Programme on ACE, acknowledging existing limitations around how countries report on, and monitor, public participation. With reference to innovative examples of environmental democracy at sub-national scale in the US, such as in Illinois and New York, he concluded by asking “how can citizen engagement drive ambition over this coming decade?”.

Massimo Tommasoli, Director of Global Programmes for International IDEA, further discussed how parliaments and participatory approaches can help shift from short-termism to long-term thinking and strengthen intergenerational justice. Using examples of International IDEA’s work with parliaments, he outlined how parliaments can protect future generations, such as through creating structures like the Welsh Future Generations Commissioner. He advocated for greater youth participation in climate policy, arguing they should be “at the centre of the debate and determine the decision-making processes”.

Following this discussion on the importance of participatory approaches, four parliamentary speakers outlined how this had been applied in specific national contexts.

Firstly, Paola Vega MP discussed the role of public participation in allowing Costa Rica’s clean energy matrix, which is currently 99% derived from renewable sources. She outlined current challenges, specifically around inviting the private sector to collaborate on sustainable energy, as well as in confronting rising levels of climate denialism. Consequently, she argued for the ongoing and increasing need for participation in decision-making processes, particularly for the communities most affected by climate change.

Mia Bitadze MP, Chair of the Environment and Natural Resources Commission of the Parliament of Georgia then discussed the role of public participation in Georgia. Acknowledging the local experience of climate change, she noted that “environmental issues are best handled with the participation of all concerned citizens”. In ongoing parliamentary strategies, she outlined how working groups have been established to bring together civil society and businesses in order to scrutinise environmental legislation and improve environmental outcomes.

The Indonesian parliament has also helped mainstream climate change through inclusive, deliberative public engagement. Hon. Fadli Zon MP discussed how this has enhanced the democratic legitimacy of climate change legislation and strengthens parliaments’ representative and deliberative capacities. He outlined huge potential for citizen participation in the energy transition, stating: “large scale energy transition cannot be achieved without citizen engagement”. This, he noted, allows citizens to influence policy and hold governments accountable to Paris Agreement commitments. It also serves to increase community acceptance of the transition to a green economy. The Indonesian approach also involves working closely with many existing institutions and processes for deliberative decision-making, particularly at a local scale, to communicate key campaign messages. The final speaker, Alan Brown MP, was a member of the UK’s BEIS committee whilst the UK Climate Assembly was convened. He returned to the event’s focus on citizen assemblies, noting how the assembly’s report opened up political space for wider discussions around climate. He focused his contribution on the importance of following up on recommendations made by citizens’ assemblies, suggesting some specific examples where these recommendations may be able to influence ongoing policy decisions.

The event concluded with a mini climate assembly where small groups discussed the challenges and opportunities of citizen participation in the clean energy transition. The results showed that the quality of the debate, managing diversity and political polarisation, and representation were the main perceived challenges of citizen’s assemblies, but people also drew attention to the opportunities they bring for refreshing public debate and targeting solutions. Several comments were also raised about how citizen’s assemblies can influence policy at a local, regional and national scale.