The delegation, consisting of Hon. Fuziah binti Salleh and Hon. Mr. Ahmad Fahmi bin Mohamed Fadzil, from the House of Representatives of Malaysia (Dewan Rakyat) were on a working visit to the UK Parliament. Taking place from 23-26 May 2022, this visit was part of the under the UK Commonwealth Parliamentarian Association Programme.

The WFD-hosted day of discussion centred on experience sharing around the UK’s approaches to gender equality and data. Following an introduction to WFD’s work on promoting democracy, gender and inclusion by Anthony Smith (Chief Executive), the Malaysian MPs met with Theo Clarke MP, a member of the UK Parliament’s Women and Equalities Committee. Theo Clarke MP shared her experience of the oversight role of the Women and Equalities Committee and focused on the enquiry conducted by the Committee on making the House of Commons more gender- and diversity-sensitive. It was interesting to note that while 50% of the electorate are women, the number of women MPs in the House of Commons have not reached 50%. It currently stands at 34%.

Hon. Fuziah binti Salleh and Harriet Harman MP were also able to have a lunch meeting to share their experiences as women MPs, looking at both the differences but also the similarities between their work and agendas.

Holly Dustin, Steering Group for Change Lead, House of Lords, shared her experience of working on cultural change and gender equality in the UK Parliament. This session provided insight into how cultural change can happen if and when there is acknowledgement that gender equality problems exist. This provides the foundation to demand behavioural changes and work towards ensuring that affirmative actions are taken. Progressive developments since 2010 on cultural change in the UK Parliament has included the adoption by both the House of Commons and House of Lords of a Behaviour Code and Independent Complaints and Grievance Scheme in 2018 and commissioning of independent reports.

The Malaysian MPs were also keen to learn more on data gathering and management from a gender responsive budgeting perspective. The Equalities & Human Rights Commission (EHRC) lead researcher Ewan Devine-Kennedy shared interesting information from his work at the Commission with the MPs. This focused on how the Commission collated and collected gender data to conduct their evidence gathering, research and analysis on a range of equality issues. The Commission also monitor data and a review is conducted every five years using a measurement framework, domains and multiple indicators to keep track of and look at the trajectory of data.

Further to learning from the UK perspective on gender responsive budgeting and data management, select members of the delegation and the WFD Malaysia Country Representative travelled for a two-day European exchange in Rome. This visit was hosted by the Inter Pares Parliaments in Partnership EU Global Programme to Strengthen the Capacity of Parliaments, working in co-operation and co-ordination with WFD Malaysia. This two-day exchange included meetings with the Italian Chambers of Deputies and the Irish Houses of the Oireachtas. A key area of focus in these exchanges included successful strategies to build a gender-sensitive parliament and how to leverage power as a parliamentarian to advance gender equality.

What next for gender responsive budgeting in Malaysia?

Further to this visit, sharing on international best practices of gendered data collection and management and gendered lens scrutiny of the policy report of the Malaysia 2022 Budget will take place from July onwards. As a continuation of the gender responsive budgeting programming, in 2022, WFD Malaysia will start working with the Ministry of Finance (MOF) Malaysia and other Ministries - including the Ministry of Women, Family and Community Development (KPWKM) and Ministry of Entrepreneur Development and Cooperation (MEDAC) on gender responsive budgeting. This will include using the E-GRB online toolkit for ministries-created, designed and produced by WFD with Malaysian content. The aim is to create shared ownership of the E-GRB toolkit, and for the Ministries to explore the usefulness and usability of the toolkit.

The immediate outcome from these international exchanges is the commitment of the Malaysian MPs to facilitate a gender impact assessment for the House of Representatives (Dewan Rakyat) Malaysia this year, as a first concrete step towards building a gender-sensitive parliament.

The key takeaway from the both visits was the importance of keeping the cross-cutting theme of ‘Gender and Inclusion’ as a focus area on the radar of the respective stakeholders in both parliament and government. Transforming culture and behavioural change can be achieved over time with the right mechanisms in place to sustain this shift. A gender-sensitive environment requires the support of both men and women to influence this change and make it happen. 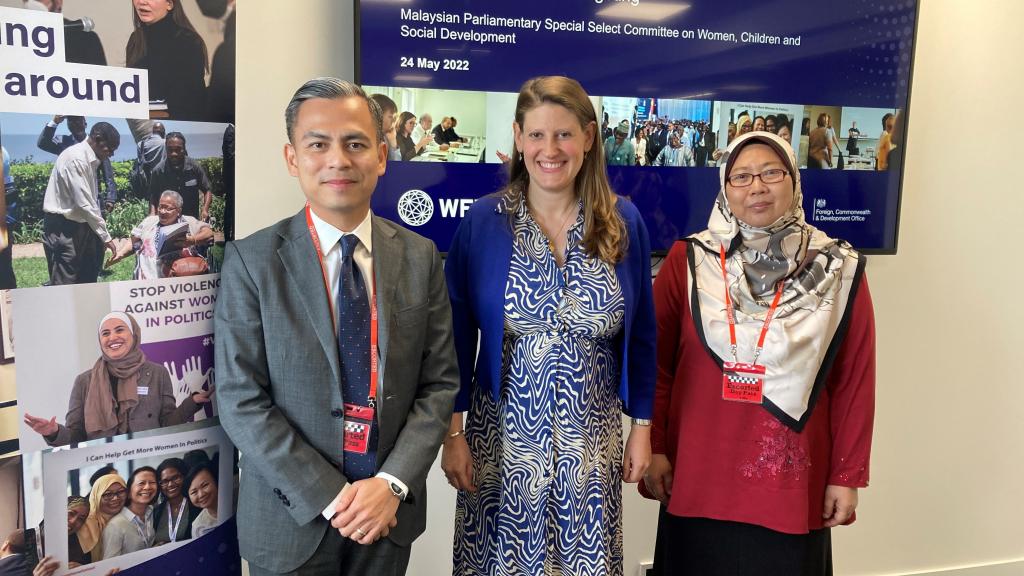 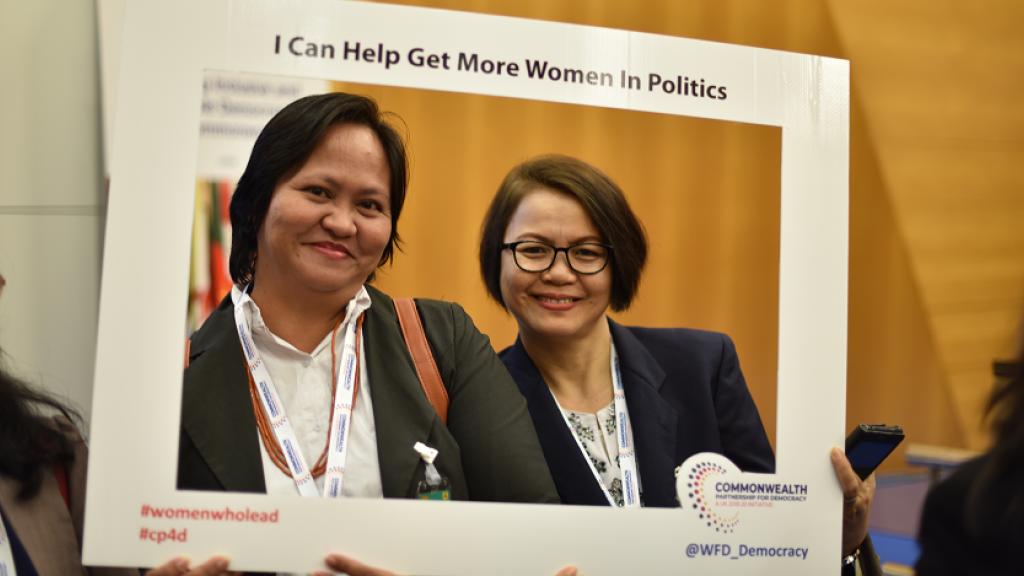