Resources
WFD produces research that aims to build an evidence base for and improve the quality of democracy assistance. We also generate policy that contributes new tools for democracy support, as well as guides for parliaments, civil society and democracy support practitioners.
Browse our archive of resources below. 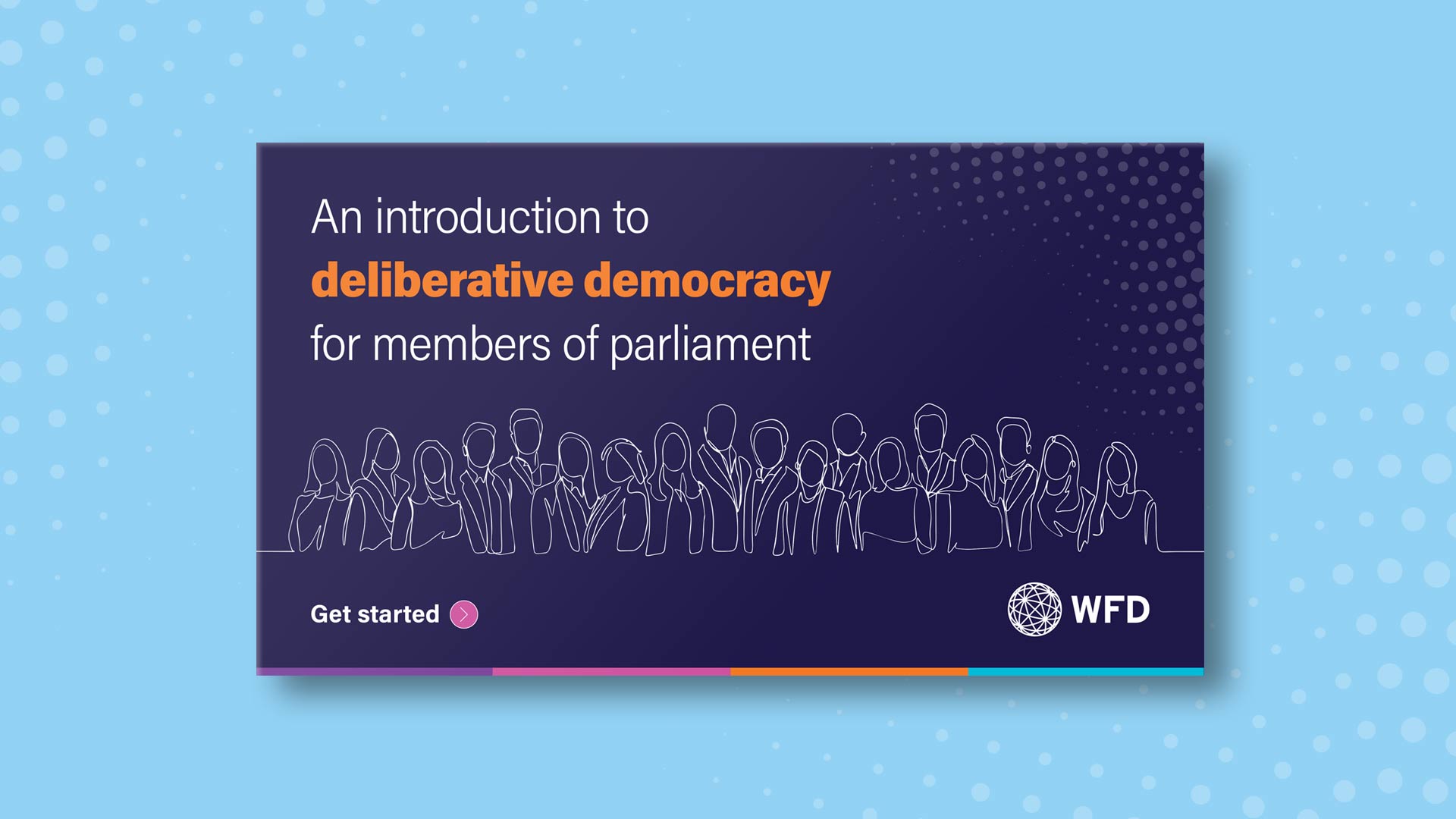 See how deliberative processes could save democracy with our guide

This guide is for decision-makers who want to be inspired by new and innovative ways to bring citizens to the heart of the decision-making process.

Explore the deliberative democracy guide
Overcoming the Challenges to the Effective Implementation of the Violence Against Persons Prohibition Act in Nigerian States
These policy briefs give an update to the status of the uptake of the VAPPA by the 36 states and provides information on the current status of the Law in each state specifically.  They are aimed at guiding decision makers and relevant stakeholders in facilitating effective engagement towards successful implementation of the law in the state.
08 February 2022 | Briefing 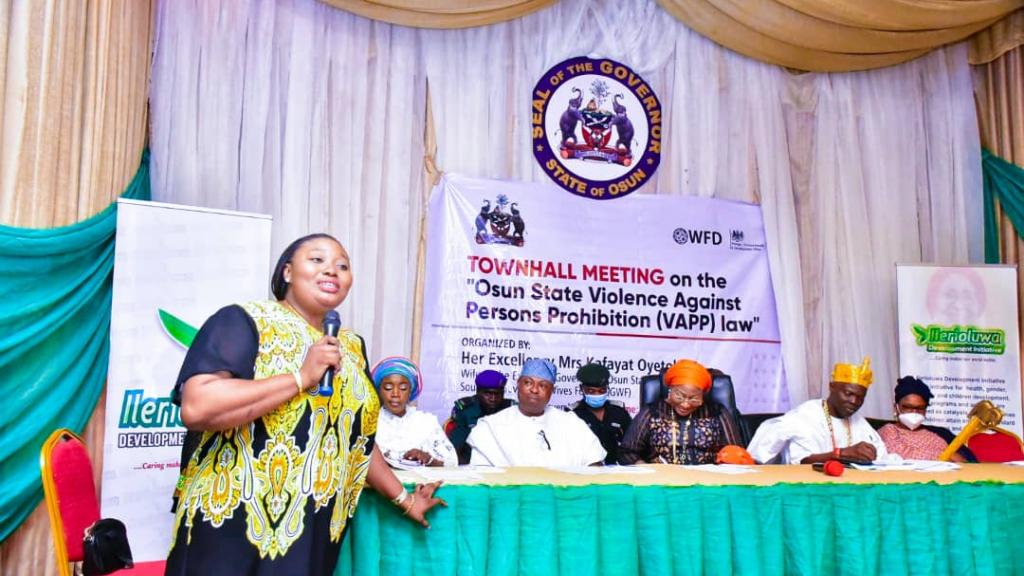 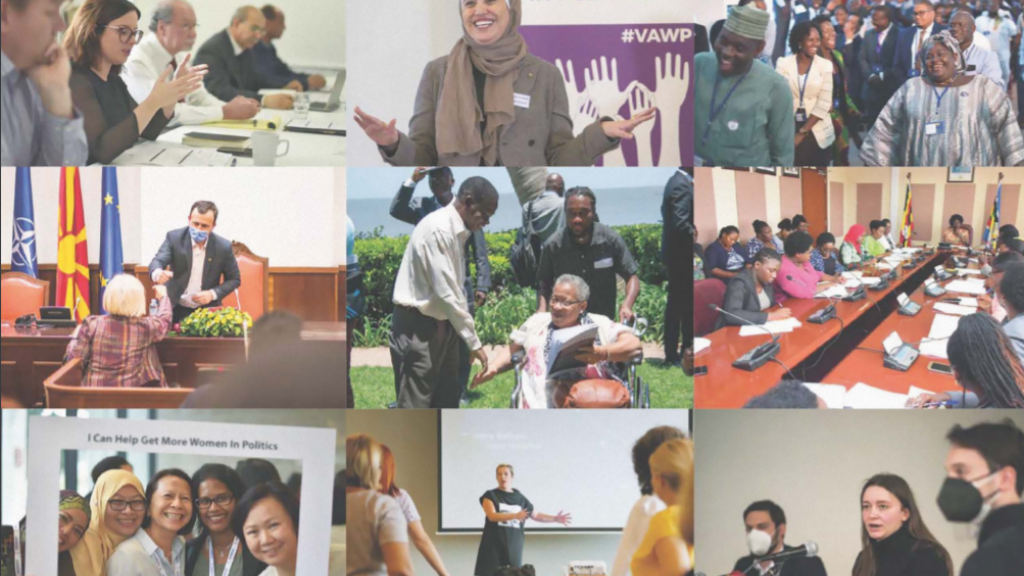 Campaigning against the use of hate speech in Kyrgyzstan elections
Under the EU Media Dialogue programme, WFD delivered a campaign against the use of hate speech in Kyrgyzstani elections. In the run up to the November 2021 parliamentary elections, WFD targeted political parties, candidates, activists, and the media, to raise awareness of the concept of hate speech, the legal implications of its use, and positive measures that could be taken to prevent or avoid it. Political parties demonstrated their agreement with the aims of the campaign, when they included points discussed at WFD activities in the cross-party memorandum on holding elections within the law.
27 January 2022 | Report

Monitoring the state budget on health in Albania
As the COVID-19 pandemic is persisting and causes many health and economic problems across the world, national governments have taken measures to face the consequences by allocating additional resources, especially in the healthcare systems. Albania, despite its fragile health care system, has responded by adapting the state health budget to meet the needs of the citizens and to better address the pandemic. 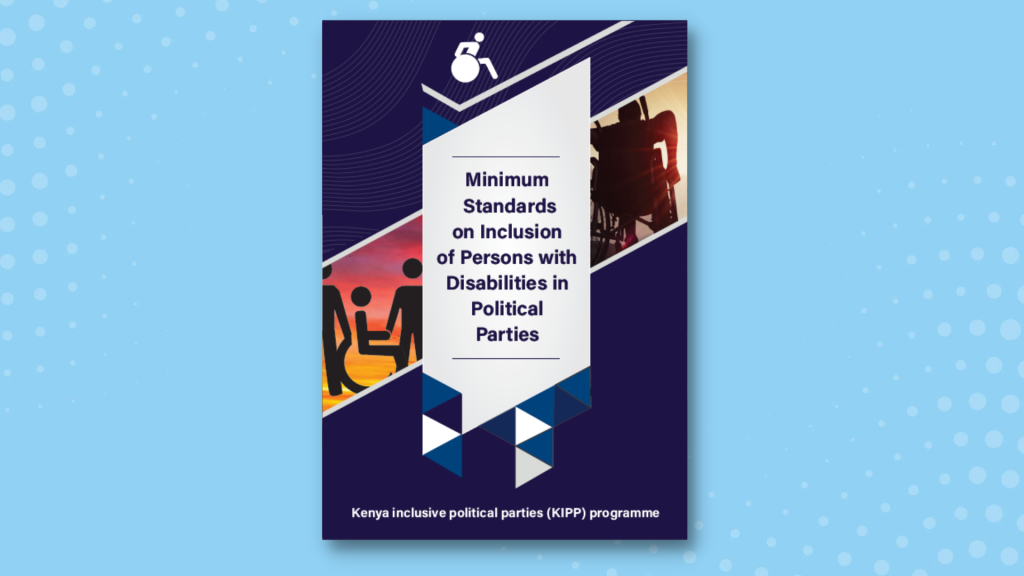 Monitoring the Climate change Strategy in Albania
Albania is one of the Western Balkans' countries most susceptible to changing climate trends. Alternating weather patterns have already been observed over the last 15 years and the main Albanian document on addressing them is the National Strategy for Climate Change (NSCC) and respective Plans approved by the Albanian Government in July 2019.
21 January 2022 | Report 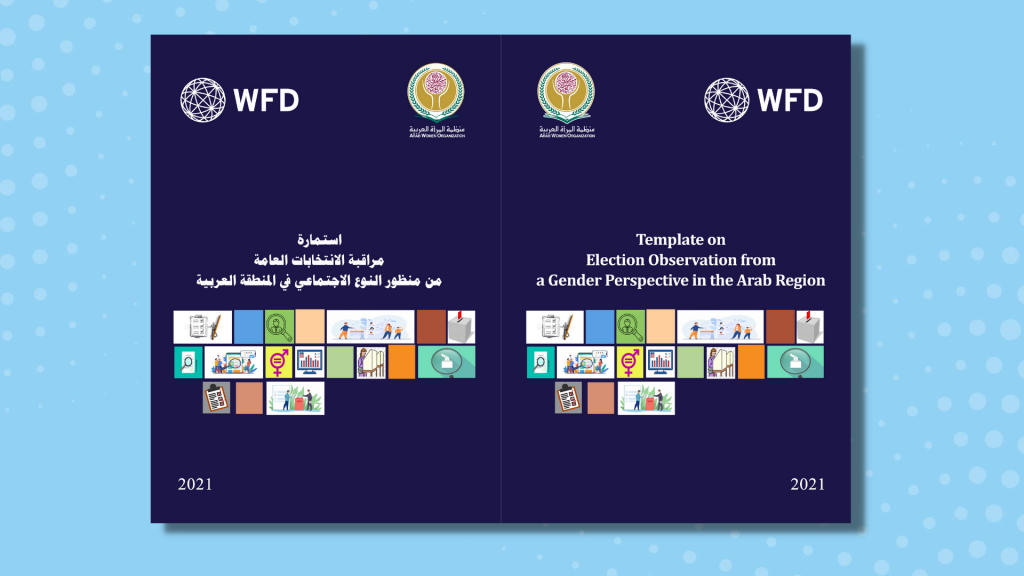 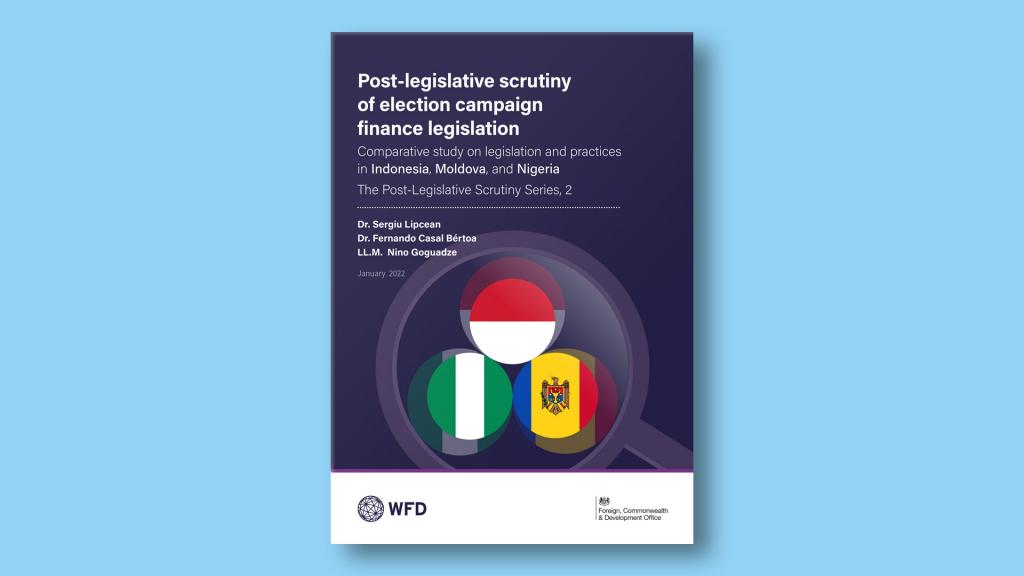 Sunset Clauses and Post-Legislative Scrutiny: Bridging the Gap between Potential and Reality
Sunset clauses set an expiration date on a particular law or set of provisions. The expiration is either automatic or subject to a positive or negative authorisation by the legislature.
17 January 2022 | Report 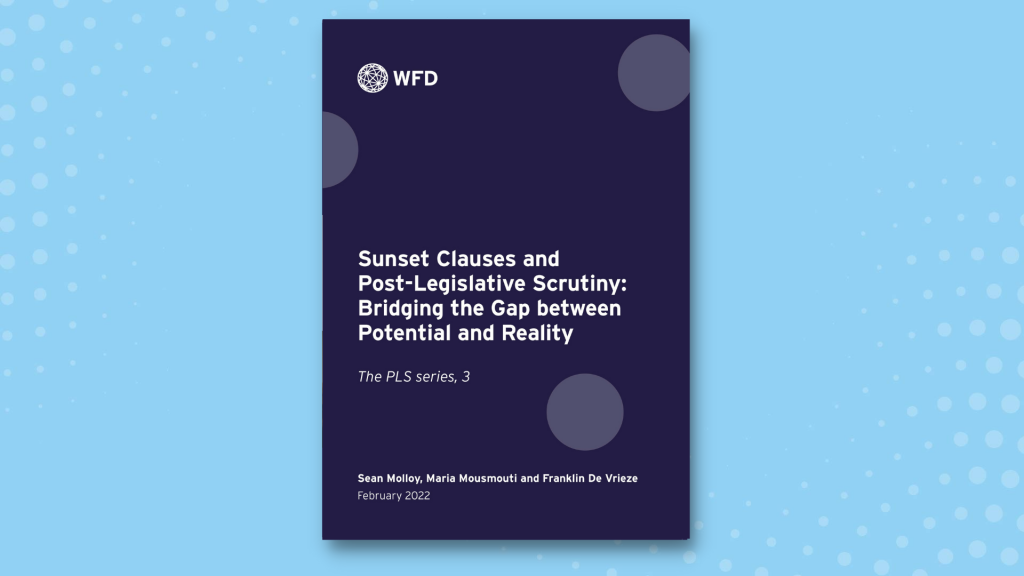 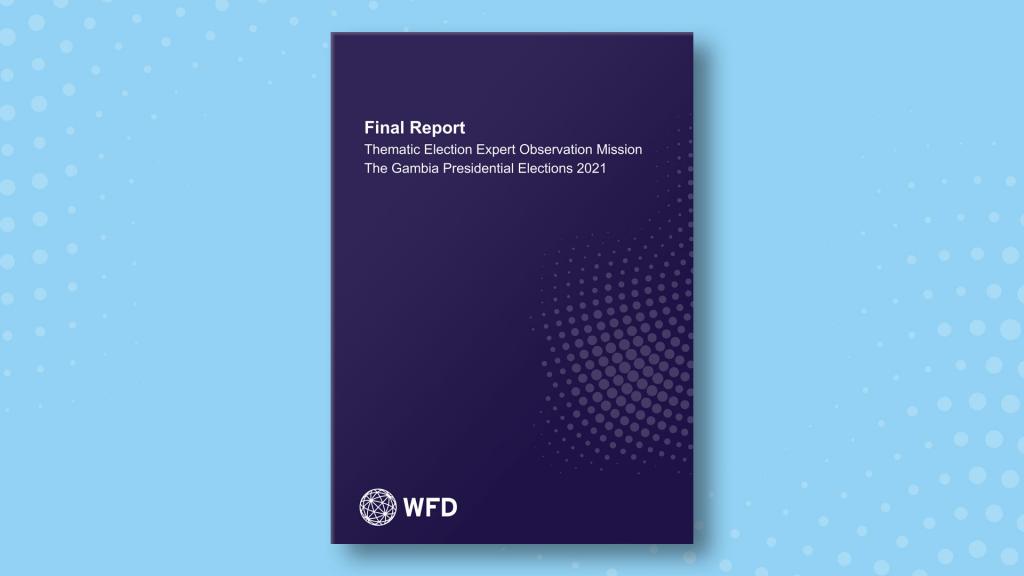 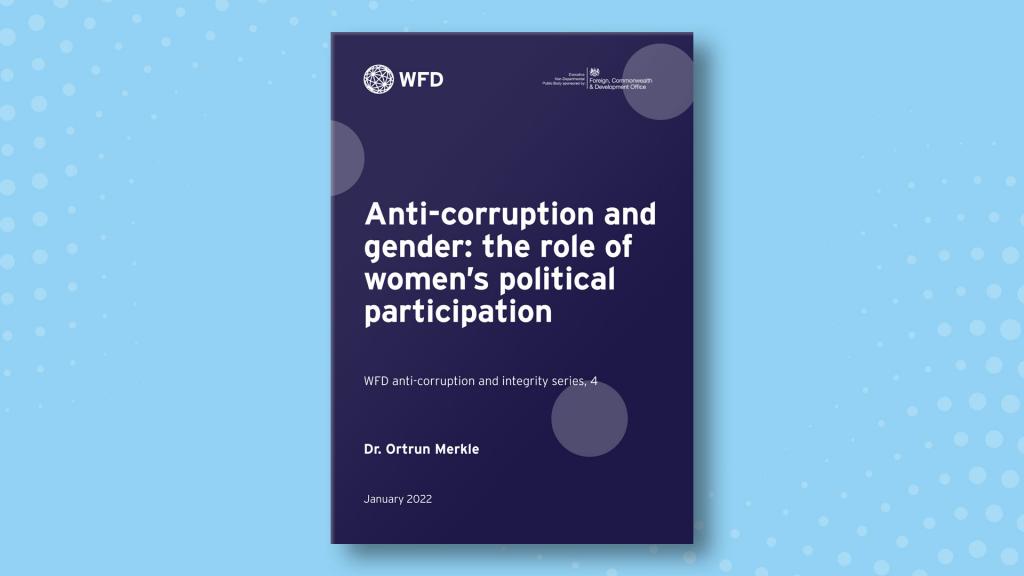 Modern systems for modern democracies: Jordan
To support Jordan’s political reform process and help the country’s political decision-making be more open and inclusive, Westminster Foundation for Democracy has been working as part of a consortium of organisations to implement the ‘EU Support to Jordanian Democratic Institutions and Development’ (EU-JDID) programme since 2017.
05 January 2022 | Guide

A strategic approach to supporting sister parties
This policy paper examines how political party strengthening contributes to democracy promotion and identifies where these approaches work best. The evidence suggests that the sister-party model – a model centred on relationships between parties with similar ideological positions – has value, but that it would be more effective if it were deployed more strategically.
23 December 2021 | Briefing

What came first – female politicians or female activists? WFD researched women’s political activism in Montenegro
We set out to find out what causes women to choose a career in the civil society sector rather than in politics. Is politics preventing women from finding the right balance between public and private life? Does the violence against women in politics drive women away from the political sphere?
15 December 2021 | Study 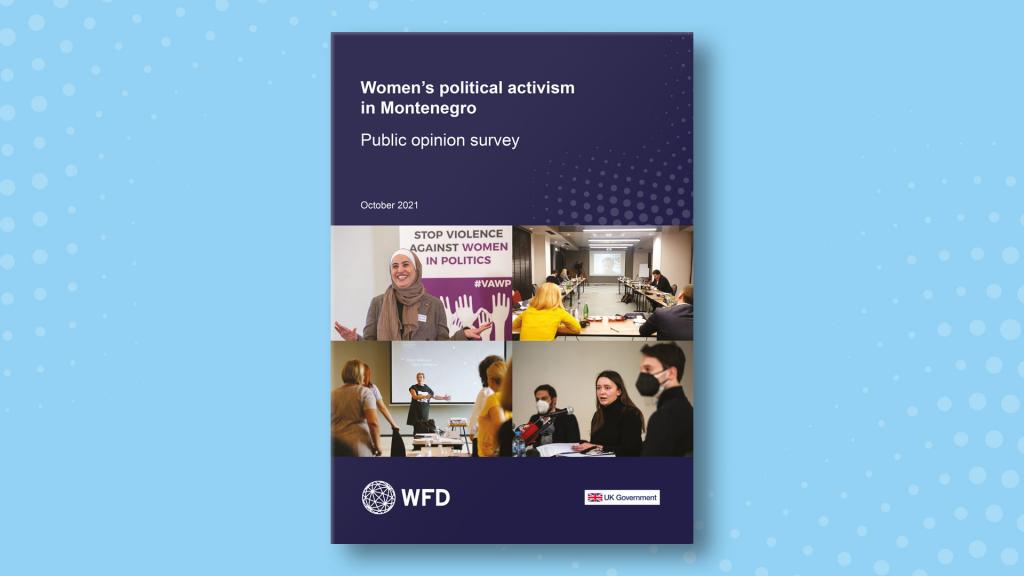