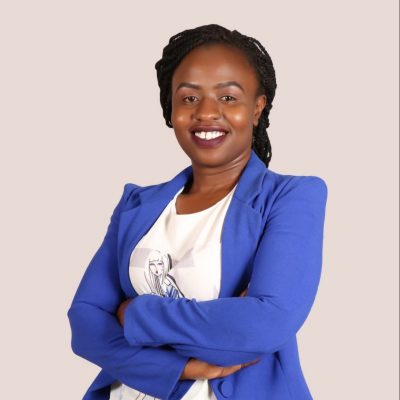 In September 2019, Anika Jane Dorothy, the Executive Director of the Green Congress of Kenya, visited the UK as a participant in the Green Talent Accelerator, a programme established by WFD’s Multi-Party Office (MPO), the Green Party of England and Wales (GPEW) and the Eastern Africa Greens Federation (EAGF).

The programme provides personalised support to individuals from EAGF member parties looking to advance as Green leaders and contribute to the advancement of their parties and the network.

The visit was designed to support Anika in her leadership objectives, which focused in particular on developing her experience in communications, strategy, campaigning and negotiation, as well as learning from the experience of other women leaders within the Green family, to help progress in her current party role and prepare for future elections.

Over the course of a week, Anika spent some time observing and supporting various internal teams at the GPEW headquarters, including policy, social media and membership, providing insight into GPEW internal party functions and organisation. Anika also met with and shadowed several senior women from the party to discuss and learn from their roles and experiences with the different aspects and demands of leadership.

This included shadowing Siân Berry, Co-Leader of the party and London Assembly Member, observing her preparations for a national media appearance and attending a London Assembly plenary session with her and Caroline Russell AM. Ahead of this, Anika met with Siân, Caroline and the Green Group research team for a briefing on the plenary session and their work.

Anika also spent time with the party’s Deputy Leader Amelia Womack, including attending a conservation conference with her where they broadcast live together on Twitter, and met with Jenny Jones, Baroness Jones of Moulsecoomb, one of two Green Party members of the House of Lords in the UK Parliament.

During an interview following the visit, Anika described her experience as “mind-changing”, adding that she went through a lot of “personal growth in terms of leadership skills”. She explained that the trip made her realise that she can “advocate for better” and that after seeing the confidence that other leaders have in the public eye, she felt more positive about increasing her public presence as a Green politician.

Anika was also able to share some of what she learnt with her party colleagues, including social media campaigning skills and preparation for media interviews, and is currently playing a key role in developing the Green Congress of Kenya’s local branches, as well as positioning the party for the 2022 Kenyan elections.

Hear more about Anika’s experience in her own words