Supporting Western Balkans parliaments for conducting Post-Legislative Scrutiny
Modern parliaments are increasingly questioning not only whether they should perform oversight over the executive, but how they should do so. As parliaments continue to be responsible for monitoring whether the laws they have passed are implemented as intended and lead to the desired impact, Post-Legislative Scrutiny (PLS) is increasingly recognized as an important dimension within the oversight role and the legislative role of parliaments and as an integral part of entire legislative cycle. Therefore, PLS could be considered as a new practice of monitoring the implementation and evaluating the impact of laws. PLS also ensures that laws benefit citizens in the way originally intended by lawmakers. 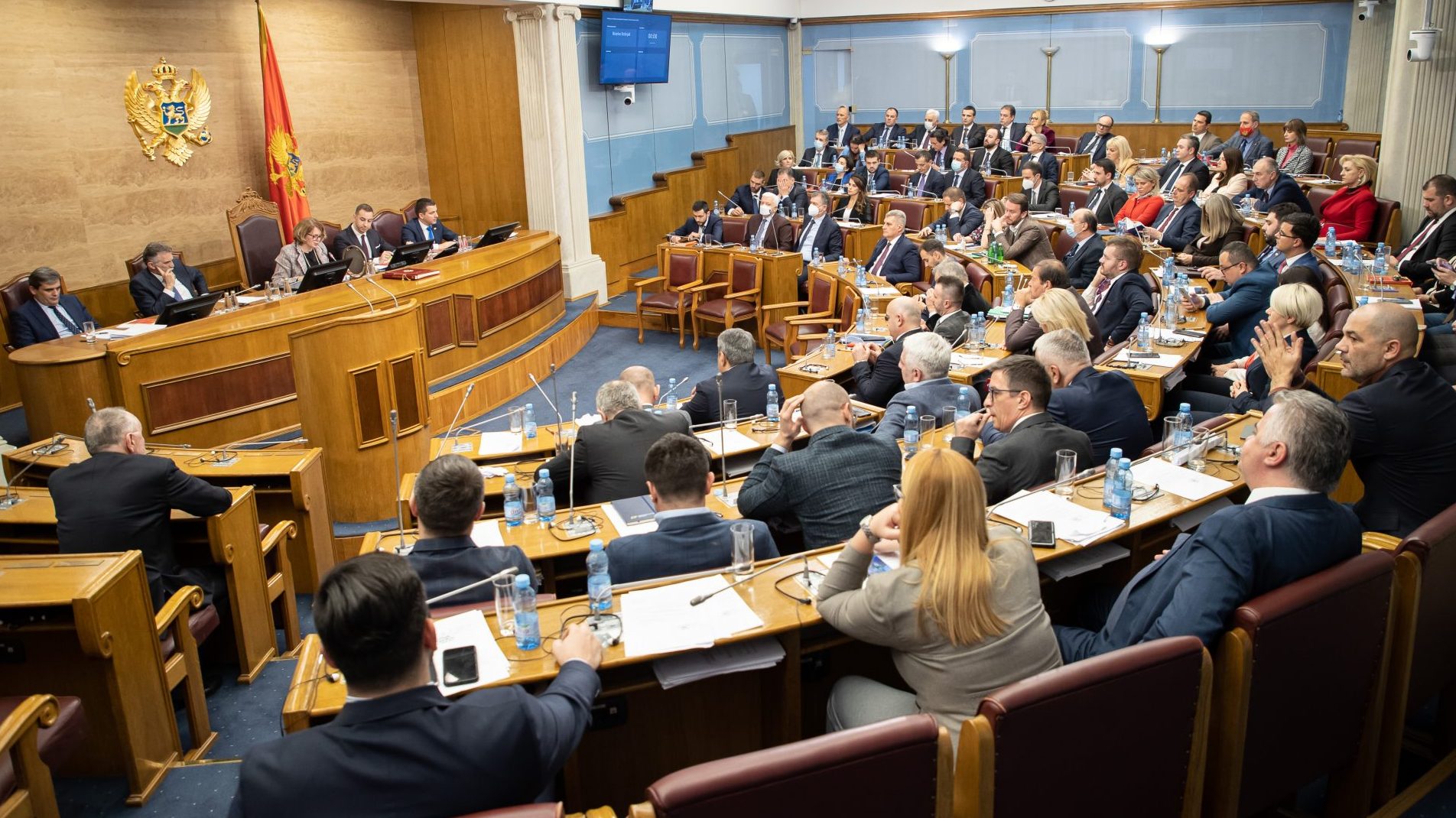 In the Western Balkans, the parliaments are established as “legislative parliaments”, ones which mainly focus on debating and adopting legislation and where oversight is often limited to budget oversight. PLS then becomes a “new thing”: it broadens the oversight role of parliament, creates a new agenda, and sometimes also results in a new workload for staff and MPs. Since November 2019, WFD has been working with Western Balkan parliaments, within the frames of the HUGEN network, on piloting PLS process, increasing their capacities but also advocating for enhanced implementation of modern oversight mechanisms such as PLS.

Since December 2021, WFD has been working with the Parliament of Montenegro and the Assembly of the Republic of North Macedonia on developing self-assessment report on parliamentary and legislative indicators for PLS. These indicators for PLS aim to measure how effective a parliament is in performing PLS and help parliaments to consider options for upgrading or strengthening PLS practices. They are called ‘parliamentary and legislative’ indicators as they include both indicators regarding the role of parliaments in PLS as well as indicators related to the legislative process and the quality of legislation as far as relevant to PLS. Indicators are structured in four categories.

Even though, PLS in Parliament of Montenegro is not recognised as a stand-alone and formal oversight mechanism, other available oversight mechanisms are used to assess implementation and impact of legislation. There are provisions in the Rules of Procedures which allow members of parliament to initiate oversight activities.

Concerning particular oversight mechanisms, hearings which occur at the committee stage are the most common ex-post assessment process and have many similarities to PLS as an oversight mechanism. The organisation of the Parliament includes structures and human resources with the capacity and expertise to undertake oversight activities (including engaging in fact-finding, analysis and inquiry processes). However, specific knowledge and further capacity building in terms of employing more staff members is needed, especially if PLS would be defined as a separate oversight mechanism. Financial resources for conducting ex-post analysis of the law implementation process are present- for instance, costs for conducting field visits related to assessing law implementation, organising a survey, or hiring external expert.

There is no specific approach, precise method, or criteria that are used to determine which pieces of legislation are subject of oversight, as well as the scope of that oversight. The main mechanism used to collect information for oversight purposes are thematic committee sessions and consultative and control hearings. Cooperation between the Parliament and the civil sector is constantly being improved and strengthened, which is confirmed, among other things, by the participation of civil sector representatives in the sessions of working bodies, hearings, thematic debates, etc. The Parliament guarantees publicity of the work of the plenary and its committees, while the website of the Parliament contains different data and gives a complete insight into the work including the different kinds of reports on oversight activities.

It is important to outline that Rules of Procedures determine that reports and their recommendations are obligatorily considered and adopted by the committee and in some cases by the plenary session after hearings. However, there is no uniform practice in which the Government responds to recommendations originating from the Parliament, while the Rules of Procedures defines the obligation for parliamentary committees to overview the implementation of conclusions reached by the Parliament during control hearings.

Having in mind the level of implemented oversight activities and the fact that control and oversight role of the Parliament is continuously improving, it would be reasonable to establish a norm that would define implementation of post-legislative scrutiny as a legally regulated and as a stand-alone parliamentary mechanism. You can read the entire self-assessment report is available on the following link.

Assembly of the Republic of North Macedonia

Within the Assembly, PLS is not defined as a stand-alone and formal oversight mechanism. Unfortunately, constitutional and legal competences of the Assembly do not provide clear mandate for scrutiny of the effect and impact of the implemented legislation. As a result, there is a limited number of forms, regarding ex-post scrutiny mechanisms, at the Assembly disposal.

Parliamentary practice on conducting oversight hearing is not significant taking into consideration that in the last eight years and three parliamentary convocations there were only four oversight hearings of which only one was completed with official report and conclusions. Concerning oversight scrutiny, it is evident that mechanisms for enforcing the findings and conclusions from hearings as well as monitoring them as part of the follow up process is lacking.

The transparency and inclusiveness of the scrutiny sessions are on a high level because of the cooperation and coordination of the Assembly’s committees and non-governmental organizations, CSOs, academia, experts, and other stakeholders.

Even though, oversight hearings are rarely used in the Assembly they have sparked substantial political interest in the past, which indicates that the oversight capacities and post-legislative scrutiny could be further developed and integrated withing Assembly’s procedures in the future. The full text of the self-assessment report is available on the following link.

Future steps in implementing PLS in the Western Balkans

Even though parliaments in the Western Balkans are not defining PLS as a stand-alone and official parliamentary mechanism, they have experience, practise and different methods to perform oversight. Moreover, certain parliaments have shown to poses strong capacities and knowledge during the PLS pilot process conducted as part of the HUGEN network activities. In order to build upon this process parliaments could use parliamentary and legislative indicators for PLS to develop a self-assessment report which will provide clear picture how effective one parliament is in performing oversight.

From 2019 and first ever regional PLS process in the Western Balkans, implemented in partnership with seven parliaments as part of the HUGEN network activities, today parliaments have a tool which enables them to consider options for upgrading or strengthening PLS practices, in the form of PLS indicators.

To learn more about PLS and how it is implemented in other parliaments you can take an E-course on PLS at the following link. E-course is available in Albanian, BCMS, English and Macedonian language.