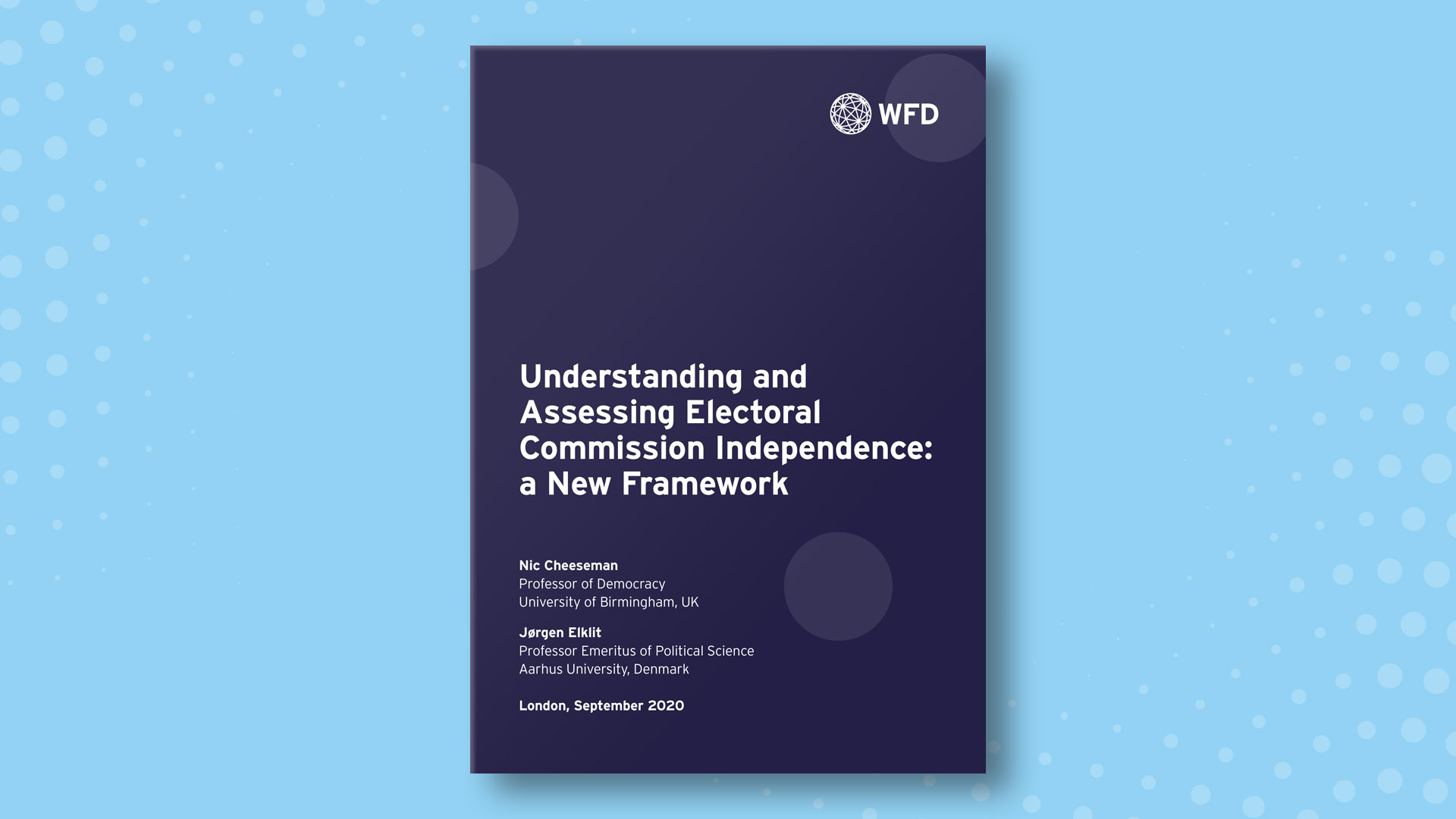 In turn, this may undermine the legitimacy of the wider political system. Assessing the independence of electoral commissions is therefore important because it is an essential component of the kinds of electoral reform processes that can help to strengthen new democracies.

How to understand and assess the independence of electoral commissions

The paper differentiates between formal or de jure independence and informal or de facto independence, and argues that both must be taken into account. Formal independence refers to the official rules as they are described in constitutional, legal, and other instruments. Informal independence refers to the extent to which these rules are followed in practice. In other words, it takes into account the degree to which, on a day to day basis, an electoral commission is free to take decisions and act in order to be able to deliver an election without undue political or external interference. Assessing both formal and informal independence is necessary, because the evidence shows that many commissions that have ‘independent’ in the title are nothing of the sort, and often the official rules are not respected in practice.

On this basis, the paper then proposes a comprehensive set of eleven criteria through which to evaluate electoral commission independence, grouped into three main categories of autonomy:

For each criteria, questions are provided to enable readers to evaluate the degree of independence in each case. The paper provides guidance on how these individual assessments can be combined to develop an overall assessment of whether an electoral commission is ‘highly independent’, ‘moderately independent’, or ‘not independent’.

This kind of evaluation requires making complex judgements about processes on which there is little reliable information. Indeed, given that the informal relations between the ruling party and the electoral commission can change very quickly, this process should not be seen as a ‘one off’ and a fresh evaluation should be done for every election. Given this, we encourage users to see the evaluation of electoral commission independence as an open-ended process that should include discussion among and between interested parties.

The paper ends with three brief case studies that demonstrate the challenge of conducting such evaluations in the cases of Albania, Kenya, and Nepal. While it is clear that none of these electoral commissions is ‘highly independent’, in some cases it is challenging to determine whether the commission is ‘moderately independent’ or ‘not independent’ at all.

‘Understanding and Assessing Electoral Commission Independence: a New Framework’ is the product of Westminster Foundation for Democracy (WFD). It was made possible through funding received from the United Kingdom’s Foreign and Commonwealth Office (FCO) and the Department for International Development (DFID).