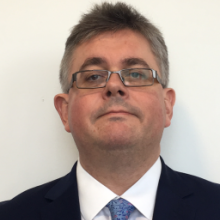 Mark Babington is the Executive Director of Regulatory Standards at the Financial Reporting Council (FRC). He leads the division responsible for the FRC technical and public policy work, covering audit, corporate reporting, corporate governance and stewardship, actuarial, and the FRC Lab. The division also includes the FRC’s Investor and Stakeholder Engagement work. Prior to joining the Executive Committee, Mark led the FRC’s UK Audit Policy programme, measures to support greater competition in the UK audit market and work to support the reform of international standard setting for auditors, by global regulatory authorities.

Prior to joining the FRC, Mark had a twenty-year career in audit and was a Director at the UK National Audit Office. Before that he was a technical adviser to a number of EU capacity-building programmes. He was also involved in the audit of the United Nations.

For five years, Mark was a member of the UK government’s counter-fraud taskforce. He is a former Chairman of the International Colleges of Auditors of a number of European defence-related organisations. Mark is an Independent Governor, he chairs the Foundation’s Audit and Risk Committee, and is a member of the People Committee.