In both times of war and of peace, women's political leadership helps build societies that benefit us all 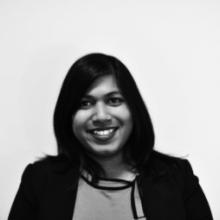 In both times of war and of peace, women's political leadership helps build societies that benefit us all

International Women’s Day is an opportunity to reflect on the ways that women and girls across the world can - and should - live full and productive lives. Each year we see evidence of the progress being made to challenge gender and social norms and, at the same time, backlash and counter-efforts to further restrict the lives of women and girls. At WFD we make the case in all our work, that gender equality is essential to achieve democratic outcomes. And to achieve gender equality, we need representation of women in decision-making spaces, whether formal or informal, whether in the legislature or at the peace table. Women are already exercising political leadership in their social activism, in community organisations, right through to holding formal elected office. Our work, our everyday challenge, is to find ways to dismantle the barriers that limit women’s participation and to hold up the mirror that constantly asks – is this process inclusive?

Evidence shows that women political leaders bring their lived experiences to the political space, resulting in policy initiatives and legal reform that addresses gender-based violence and promotes equal access to health, infrastructure and education. States where women hold more political power are less likely to go to war and less likely to commit human rights abuses. We also know that feminist movements and women’s rights organisations directly address immediate service delivery needs within their own countries that translate into long-term benefits for all.

Despite knowing this, we are not seeing the necessary progress in areas such as increasing the number of women in elected office, the funding of women candidates, the resourcing of women’s rights organisations or women at the decision-making table. This is what we need to realise a world where equality, health and peace is prioritised.

It is impossible to reflect on International Women’s Day this year without thinking about the invasion of Ukraine. The gendered nature and impact of the conflict is clear. Those who were already vulnerable are facing even greater challenges to their immediate safety. Women are giving birth in basements or in high-stress conditions, with an estimated 80,000 women expected to give birth in the next three months while maternal health services are extremely strained. Men are forced to remain behind while women and children migrate out of Ukraine to neighbouring countries. Anecdotal accounts are increasing of human traffickers targeting women and children queuing at border checkpoints, made even more vulnerable by long queues and the cold.  There are 2.7 million registered persons with disabilities in Ukraine, who are at risk of abandonment as shelters are not equipped to provide them with access, with women and children with disabilities more vulnerable to sexual violence. And as neighbouring countries welcome refugees from Ukraine, LGBT+ persons are entering countries with active hostility towards them.

Meanwhile, we see examples of women coordinating service delivery and community response to the conflict, with many already bearing the caring load in their family structures. And parliament, including women parliamentarians, continuing to meet and pass legislation. Women ministers are in significant positions, for example, Iryna Vereshchuk, Deputy Prime Minister for Integration of the Temporarily Occupied Territories, and Hanna Malyar, Ukraine's Deputy Defence Minister. According to their male colleagues in the government, their contribution to addressing Ukraine’s humanitarian issues and mobilising resistance to the occupier is invaluable. “As women, as mothers and as members of the political leadership, they are doing more than men could have done in their positions, more, in fact, than is humanly possible. Sincere thanks to them for that.”

However, as images emerged of negotiations between Ukraine and Russia, we couldn't help but notice the solely male presence at the table despite recent seminal evidence which showed that when women are involved in peace processes, they tend to be longer-lasting and better implemented. Even more so when civil society organisations, including women’s rights organisations, are involved.

This is a live conflict with immediate humanitarian needs. Nonetheless it is not an indulgence to consider the gendered impact. We have learned from decades of evidence that the outcomes for people’s lives are fundamentally different when gender sensitive analysis and decision-making is integrated into conflict response and resolution. Likewise, when women have an equal voice and status in negotiations. This International Women’s Day, we are thinking of all Ukrainian people, especially women who are exercising their leadership, in innumerable ways, every day.