Combating violence against women in elections needs a multistakeholder effort 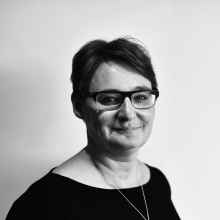 Combating violence against women in elections needs a multistakeholder effort

The electoral period should be a competition of electoral ideas and programmes, not a boxing ring in which insult, defamation, denigration, and trolling dictate the rules of the game, the stake being the winning of elections at any price. Whether involuntarily, as part of social behaviour, or to influence the electoral process, aggression is a violation of the fundamental right of a person to choose, to be elected, or to freely express their political opinion or beliefs.

As public debate and politics has moved online with the growth of social media, so too has election-related violence against women. According to the UN, around 95 percent of online abuse is aimed at women. Research shows that social media has become the number one place in which psychological violence is carried out against female politicians.  It is no wonder women frequently cite widespread, rapid public attacks on their personal dignity as a factor deterring them from entering politics.

While elections are not the root cause for the violent and harmful behaviour witnessed online and offline, they do act as a lightning rod that intensifies harmful existing social challenges, behaviour, and norms.

Violence against women in elections online and offline affects women voters, candidates, and electoral officials. It ranges from broad threats made against women who plan to participate in the voting process to personalised attacks against candidates and – increasingly – electoral officials. The range of violence is wide, from personal threats to threats to family and loved ones. It often leads to the same outcome: women retreat from the electoral process as officials, candidates, and voters – and that means less participation by women, less influence for women, and less of a threat to the existing structures, from the perspective of those in power.

How to combat violence against women in elections

As the body in charge of the electoral process, election commissions are a key actor in combating violence against women in elections, but they cannot do it alone.

Arguments that electoral management bodies should engage with social media companies in order to block and quickly remove offending posts and to deactivate accounts that are engaged in this type of violence are widespread. But they misleadingly shift the responsibility to only one actor.

It is clear that a multi-actor approach is needed to be able to combat violence against women during elections (VAWE) and address harmful behaviour and content.

Parliaments need to set the legal framework or adapt existing legislation, in accordance with international documents like the Convention on the Elimination of All Forms of Discrimination against Women (CEDAW). They can be a role model for other institutions by adopting new codes of conduct and reporting mechanisms – or by revising existing ones, clearly stating zero tolerance for sexual harassment, intimidation, and any other form violence. This could include adding penalties or sanctions for violence in elections to allow the Election Commission to enforce standards.

Political parties need to adjust their behaviour and campaign methods to ensure they adhere to the legal context prescribed by parliament, as well as develop internal codes of conduct.

Civil society should highlight emerging situations or already existing cases early on to allow the election management body or security forces to take action against the perpetrators, as the monitoring capacities of these entities are often very limited.

In this context women’s situation rooms (WSR) have proved to be very effective to create awareness among all key actors. WSRs are an initiative that stared 2011 in Liberia, where diverse women and men from different fields came together to monitor the elections in different parts of a country. The task of the WSR is specifically to monitor violence against women in the whole electoral process. Several countries, like Liberia, Malawi, Kenya, Sierra Leone, and Senegal have established a WSR, which seeks to reduce cases of violence and sexual violence and increase the number of women in electoral processes – either as voters, candidates, supporters, or observers during elections.

Media outlets and companies online and offline also need to act responsibly and in line with the legislation, providing rapid technical processes to identify harmful content and actively seek a dialogue with the election management body and the audio-visual councils and institutions responsible for media content.

Finally, to tackle violence against women in elections, we need to have clear definitions of responsibilities and processes among state agencies, law enforcement agencies, and other stakeholders to avoid loopholes and passing the buck of responsibility, since this often leaves victims without the support they need and only sporadic follow up on perpetrators.