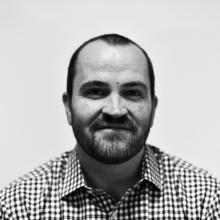 Building a democracy that all Americans can be proud of will take courage and fortitude, and the wisdom to see that that task can never be complete. My greatest hope is that this journey begins now, before it is too late. The whole world is watching.

I sit here on the evening of the 6th of January, watching in despair as protests in the country of my birth devolve into chaos and violence. The great institutions of US democracy have been defaced and spoilt, with the sacred tradition of certifying the election of a new President disrupted by violent rioters.

Sadly, the chaos on Capitol Hill was predictable. Many saw it coming. The rioting was actively encouraged by the soon-to-be former President of the United States, his family, and his acolytes. It didn’t just happen out of nowhere. The riots were the culmination of a long and torturous path of partisan incitement, radicalisation, socio-economic inequality, and a breakdown of the democratic institutions of the country. Ronald Reagan said in his 1981 inaugural address “government is not the solution to our problem; government IS the problem.” This cynical view of government has burrowed deep into the hearts and minds of many Americans, and contributes to a mindset where invading and trashing the heart of U.S. democracy is seen as reasonable and justified.

The organs of state have been under stress for decades. Eventually, on by one, they started to fail. Political parties are not leading, and in some cases are inciting violence and spreading conspiracy theories. Congress has lost the ability to compromise and work together to pass legislation, conduct oversight, or approve and scrutinise budgets. Gerrymandering has perverted the process of electing the peoples’ representatives, making it almost impossible to vote poor performers out of office. Presidents unable to advance their agenda through regular legislation govern through regulations, stretching the bounds of their constitutional authority. Courts are packed with political loyalists instead of qualified, neutral jurists. Campaign finance is a free-for-all, with billions spent in every election cycle, much of it raised and spent clandestinely on behalf of special interests. The media environment is no longer capable of educating and informing US citizens.

Political reform is only part of the solution. I haven’t even mentioned how persistent racial and economic inequality have contributed to this breakdown in confidence in institutions and politicians. Or how black and minority voters are being actively disenfranchised in many states, when we should be doing everything we can to make sure every American can easily exercise this most sacred duty of citizens.

The Trump presidency is the opportunistic disease that attacked an already deeply compromised immune system. The long road to recovery must start now. But where do we begin?

Perhaps the US has reached rock bottom. Perhaps enough politicians have walked up to the precipice, seen the horror on the other side, and recognised that things need to change. Perhaps our political leaders have understood that changes in behaviour and rhetoric are needed immediately. Perhaps a constitutional convention will be seriously considered that brings wholesale change to the political system.Critically, jingoistic US democratic exceptionalism must cease. Autocracies from across the globe are revelling in what just took place, pointing out the US must never lecture or sanction other countries again for their human rights or governance records. What happened on January 6th will reverberate across the globe for decades. To move forward, we need humility, critical self-reflection and openness to change.

As someone who has worked in international democracy assistance for nearly 15 years, including the last 6 years at Westminster Foundation for Democracy, I think the US could start by looking abroad. US leaders could learn much from other countries around the world about how to build a healthy democracy, and how to create a more inclusive and consensus-based political culture. This will not come naturally to most, many of whom have not fully understood how fragile and difficult democracy can be, and thought “this can’t happen in America”. Maybe now they see that it already has.

I have learned some important lessons in my years of working to support democracy abroad. For one thing, there is no single, right way to do democracy. And for another, there are always ways to learn, adapt, and improve. Building a democracy that all Americans can be proud of will take courage and fortitude, and the wisdom to see that that task can never be complete. My greatest hope is that this journey begins now, before it is too late. The whole world is watching.