Rising to the challenge facing democracy 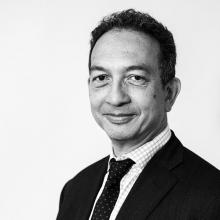 Rising to the challenge facing democracy

We need new approaches and more ambitious efforts to reverse the fifteen-year downward trend in global democracy. WFD wants to contribute to a more coherent and integrated approach to democracy support.

The challenge we face

We had already started to prepare WFD's new Strategy when Russia launched its attack on Ukraine in February 2022. As events unfolded, we realised that this was a fresh crisis but an old story. Although autocrats had been getting bolder, Russia’s illegal invasion and attempted annexation of further parts of Ukraine was a shock that dramatically demonstrated how significant the risks were that they posed.

But our review of the context for our work had already brought out that we were living through a long period of decline in democratic freedoms and protections around the world. Today, most of the world’s people live in autocracies: either where democracy is entirely absent, or where democratic institutions and processes have been hollowed out so they do not deliver democratic practices or freedoms. And that decline in democratic freedoms had taken place in every region, including in established democracies.

Securing democratic progress therefore feels both more important and harder to achieve than ever. Political leaders have developed new ways of controlling political debate and undermining opposition and accountability. Meanwhile, in the face of economic, health, climate, and other crises, securing tangible progress for citizens has also been extremely difficult. So just when accountability, openness and inclusion have been so badly needed, the fight for democracy has been badly squeezed.

Rising to the challenge

We need to turn things around, with more ambitious efforts to reverse the fifteen-year downward trend in global democracy. That means building strong alliances, working in politically smart ways, and having a long-term perspective. We will need to grab the opportunities to support reformers but also be prepared for setbacks. Democracies build up over time and learn from mistakes – that is how we can help, by sharing experiences and supporting reformers.

Our countries will need to use a wide range of tools to support change including security alliances, economic partnerships, and new investment instruments, deployed appropriately and with consideration for their impact on democracy.

But we know from experience that if those approaches are to be secure, sustainable, and sustained, they need to be complemented with targeted support to deepen democratic resilience, especially:

This is a generational challenge but it starts now. Our strategy will be to work with our many partners in a coherent and integrated approach to help solve problems of democracy, so that democracies can solve the problems people face around the world. We hope you will work with us.

Go back to the main strategy page