Excluding persons with disabilities (PWDs) from political processes means that their voices are not adequately heard and reflected in policy decisions. In October 2020, WFD commissioned a new research to better understand the challenges which persons with disabilities (PWDs) in political parties face in their daily lives.
The State of Political Inclusion of Persons with Disability (PWDs) within Political parties in Kenya
Download the full report 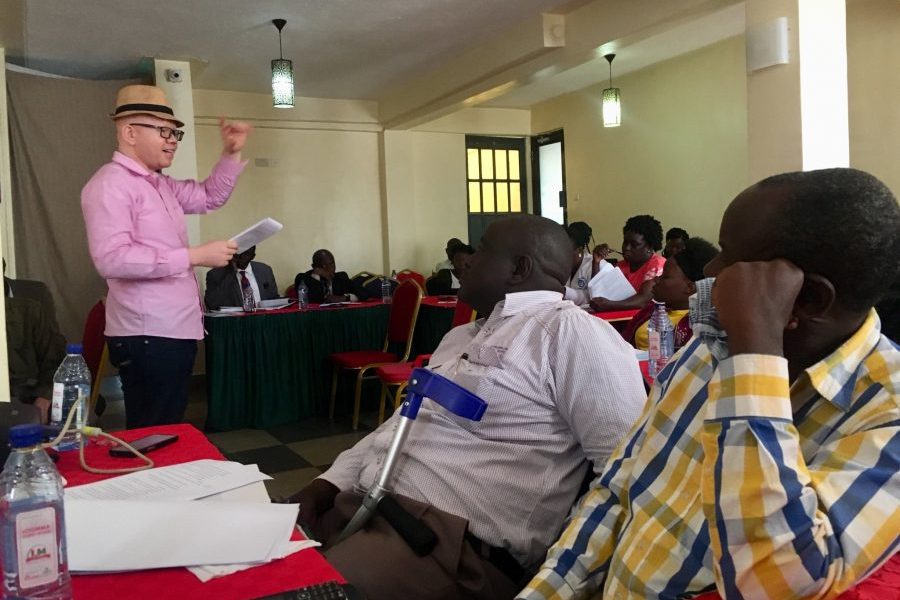 The statistics show that persons with disabilities (PWDs) are a significant component of any population. However, just like in most parts of the world, PWDs in Kenya face the challenge of being excluded when it comes to equal participation in politics.

Excluding PWDs from political processes means that their voices are not adequately heard and reflected in policy decisions. In this regard, WFD recognizes that political parties can play a fundamental role in supporting the inclusion of more people living with disabilities in politics.

To address the challenges that PWDs face, WFD developed the Kenya Inclusive P­­­olitical Parties (KIPP) Programme. The programme’s goal is to address the critical knowledge gaps within political parties to create and promote more inclusive political dialogue, political commitments, and policymaking for PWDs.

In October 2020, WFD commissioned a new research to better understand the challenges which PWDs in political parties face in their daily lives. The research concludes that the inclusion of PWDs within political parties remains inadequate in Kenya. PWDs are facing systemic exclusion from mainstream governance and developmental processes. This is especially evident in their political representation in elective and appointive positions.

The report, called the ‘State of Inclusion of Persons with Disabilities (PWDs) within Political Parties in Kenya’, indicates that the exclusion of PWDs from participation in political parties can be attributed to social, economic, and political barriers.

Some of the barriers highlighted in the report include.

The general feedback from the participants indicated that most of them can relate to the findings of the report. They acknowledged that opportunities exist for structured engagement with political parties towards building a more inclusive culture and practice among its membership.

The findings of the study, which was conducted in partnership with Demo Finland, will feed into the KIPP programme activities to ensure that Political Parties are more knowledgeable and have the capacity to implement inclusive reforms.