The cost of politics in Uganda 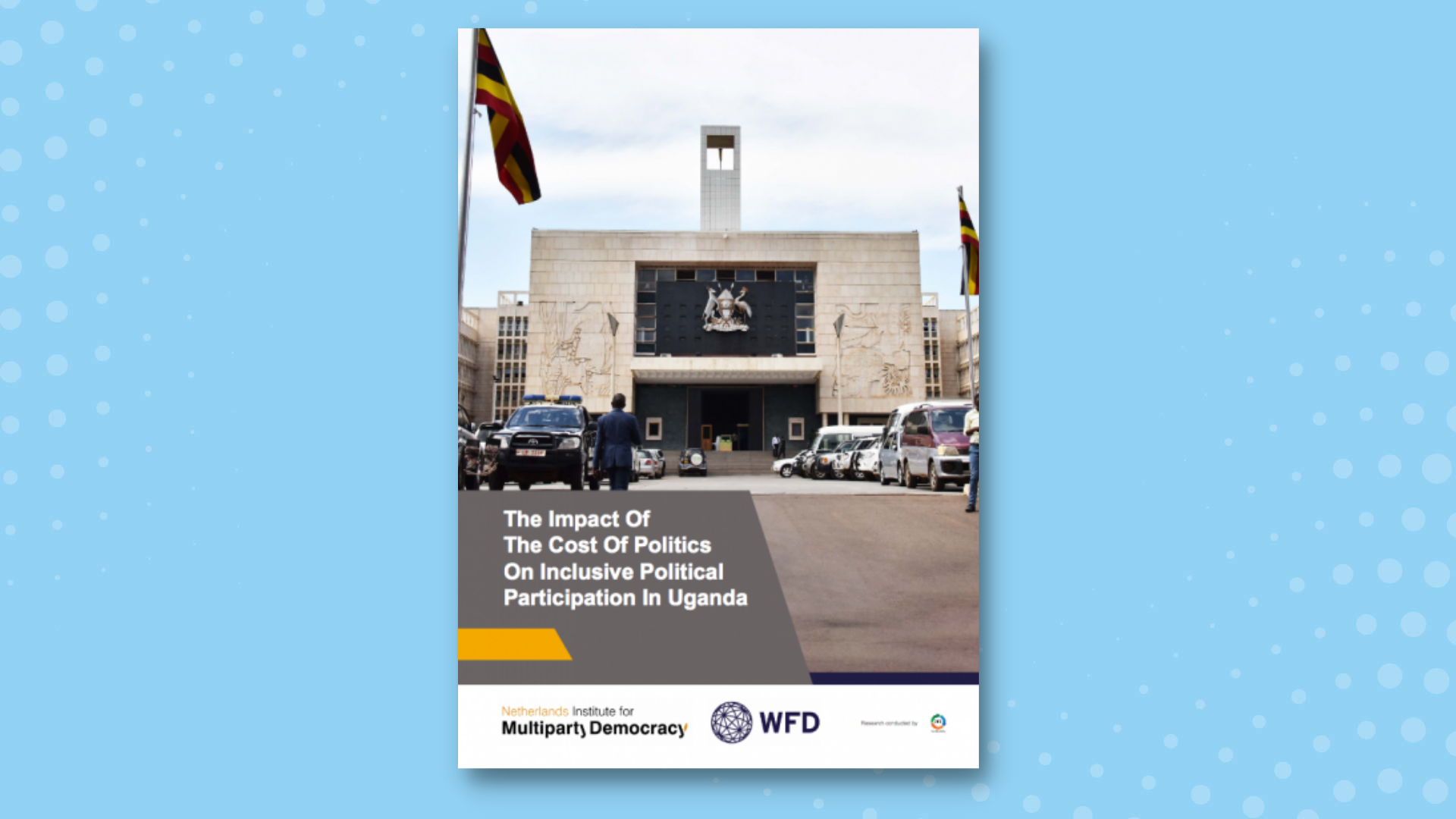 Many Ugandans – particularly women and young people – are excluded from entering and participating in politics because they cannot afford it, new research published on 28 October 2020 by the Public Policy Institute (PPI), Westminster Foundation for Democracy (WFD) and the Netherlands Institute for Multiparty Democracy (NIMD) finds.

The cost of politics

Candidates in the 2016 primary and general elections in Uganda spent on average UGX 465 million (136,084 USD) to run for parliament and UGX 237.5 million (USD 69,505) to run for Local Council V, the research found. This means that a candidate aspiring for parliamentary office spent in campaigns up to 210 times the average income of a Ugandan. In a country where one in five people are classified as “absolutely poor” and another two out of five people as “non-poor but insecure”[1], there is no doubt that these costs are not only exorbitant but exclude key segments of the population from effectively running for election.

The report findings clearly illustrate a regional split, with candidates in central and western regions spend significantly more than counterparts in eastern and northern Uganda. It also found that aspirants seeking to run on the ruling party ticket spent significantly more on their campaigns than those standing on opposition platforms.

Summary of regional variations in expenditures by type of leader in primary and general elections in UGX, 000,000

The study highlights several factors which drive up the cost of entering politics, including weak enforcement of rules around campaigning, parliamentary privileges and salaries acting as an incentive, voters not understanding their rights, and the ways that patronage continues to characterise politics. This system enables the ruling party, the National Resistance Movement, to dispense rents to loyal cadres through political appointments with access to state resources. Meaning that ruling party candidates can leverage state resources to allocate money or gifts to voters before, during and after elections: undermining voter choice and negatively impacting Uganda’s democracy. This also corrupts voters’ ability or willingness to seek political accountability for the delivery of public services.

“Politics and democracy cost money. The nationwide debate that we expect to see in a parliamentary election campaign cannot take place without it.

“However, when the cost of running for election becomes so high that it is beyond the vast majority of citizens, then fears grow about corruption, exclusion, and the quality of democracy.

“This report shows that in Uganda, while money does not guarantee success in an election, if you don’t have enough money then you don’t stand a chance.”

“With a population of over 77 % under 30 years and 51% females, the youth and women constituencies are still very underrepresented in public life.

“The skyrocketing cost of politics is an enormous threat to the kind of inclusive politics that is necessary for equitable development and sustainable peace in Uganda.

“The Executive and Parliamentary branches of the state should treat this matter with the urgency it deserves.”

The increasing cost of entering politics, particularly for women and young people, means that individuals with considerable power and influence are far more likely to be represented in national office. The average cost of running was over 40 UGX million higher for women running in affirmative action seats. While the reasons behind this are unclear, affirmative action seats for women cover districts, which in some cases cover 3 constituencies, so the higher costs for women may also be linked to having to engage with a greater number of voters.

The study surveyed politicians in 89 districts (including Kampala, the national capital and seat of government) who participated in parliamentary and Local Council V elections in 2016. 75% thought that young people were excluded by the cost of politics in Uganda, while 62% believed that women were excluded for the same reason.

The Public Policy Institute’s research was supported and funded by the Westminster Foundation for Democracy (WFD) and the Netherlands Institute for Multiparty Democracy (NIMD), international democracy-support agencies for the UK and the Netherlands, respectively. Both WFD and NIMD work in Uganda to promote peaceful, just and inclusive politics, and ensure women, young people and other marginalised groups are equally included in formal and informal politics. Their work helps to foster well-functioning, strong and vibrant multiparty democracy, regardless of people’s gender, background or beliefs.

This report was prepared by PPI’s Emmanuel Kitamirike and Dr. Peter Kisaakye (PhD), with input and oversight from Jamie Hitchen, Joseph Munyangabo (WFD), Frank Rusa (NIMD) and Femke Lee (NIMD). The study was funded by WFD and NIMD; however, the views expressed are those of the authors.