It’s not (only) about the numbers: how to amplify the voices of women in politics 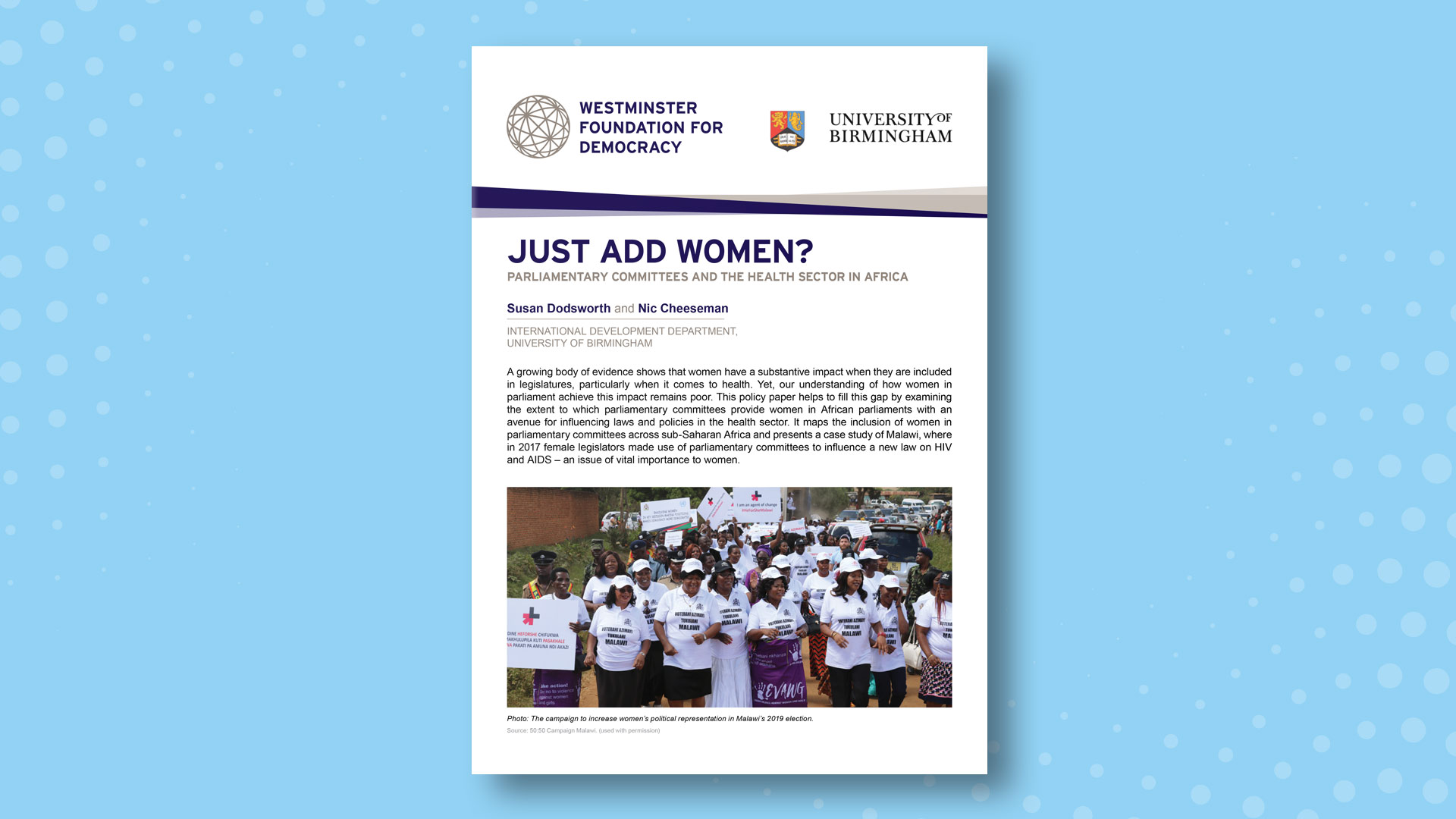 Susan Dodsworth
Theme
Parliaments and political parties
Women's political leadership
Introduction
Across the world activists are working hard to get more women in politics. Their degree of success has varied. In Kenya, for example, women now make up almost 22% of the National Assembly, the lower house of Parliament. This represents a significant improvement compared to 2010, when women made up just 10% of the National Assembly, and puts Kenya almost on par with the global average (24.3%). Yet in Kenya, as in many other countries, progress in women’s political representation has stalled. In many cases this is due to a reluctance to introduce (or in Kenya’s case, enforce) quotas designed to expand the participation of women in politics.

As a result, we see a lot of campaigns designed to bolster the number of women in politics through other means. In Malawi, for example, Westminster Foundation for Democracy (WFD) and the Scottish National Party (SNP), alongside several other organisations, have supported the 50/50 Campaign. That campaign provided women candidates with financial assistance, mentoring and publicity during both the 2014 and 2019 elections.

These programmes are incredibly valuable, but the challenge that activists (and their supporters) face is not simply getting more women into politics, but amplifying the voices of those already there. New research that we’ve done with WFD provides some insight into how this can be done. Using a case study of Malawi, where women had a big influence on the HIV and AIDS (Prevention and Management) Act in 2017, we show that parliamentary committees provide an important avenue through which women legislators can influence new laws, while enabling women’s groups to access parliament, strengthening their voice.

Our research shows that parliamentary committees are particularly useful for amplifying the voices of women in African parliaments when it comes to the health sector. This is because the membership of parliamentary committees is gendered. Across the 19 countries in sub-Saharan Africa that we looked at, women tended to be over represented (compared to their representation within Parliament) on ‘soft’ or less prestigious committees, such as those responsible for the health sector. In contrast, they were underrepresented on those that deal with ‘harder’, more prestigious issues like national defence.

It’s not entirely surprising that we found this pattern in sub-Saharan Africa – it’s been observed in other regions of the world. What is surprising is the extent of the discrepancy. In the countries covered by our data, women are included in Health Committees at almost double the rate at which they are included in legislatures across sub-Saharan Africa. This is an interesting finding, and one that might help to explain recent statistical studies that link increases in the number of women in parliaments to increases in health spending, as well as improved health outcomes in areas of concern to women, such as maternal mortality.

Ultimately, our research suggests that investments in parliamentary committees can benefit gender equality, particularly in the health sector, even when women’s inclusion in legislatures remains a work-in-progress. The trick for organisations like WFD is to find ways of strengthening these committees without reinforcing the belief that women should stick to ‘their’ issues – like health – and stay out of other areas.