Browse SectionsInclusive and Accountable Politics (November 2018 to March 2022)Key results
Introduction
Strengthening democracy is an ongoing process. Since 2001, WFD has been working in Sierra Leone towards a stronger democracy in the country. WFD programmes support the Parliament of Sierra Leone in its efforts to become a more open and accessible institution for all citizens. Our programmes also promote the inclusion of persons with disabilities (PWDs) in electoral and political processes in Sierra Leone.

In 2019, the Sierra Leone Parliament adopted and launched the Bo Declaration – a commitment by members of parliament (MPs) to promote a smooth, effective, and efficient running legislature. This is by the MPs working in harmony irrespective of political affiliation, promoting genuine and sincere consultations, respecting parliamentary procedures, depoliticising the administration of the parliament, and engaging broadly with political parties and other stakeholders on parliamentary decision-making processes.

The Sierra Leone Parliament is also committed to become a more open and transparent institution to all citizens. The open parliament commitment is part of the eight commitments of Sierra Leone’s third National Action Plan (NAP III) under the Open Government Partnership (OGP) initiative. Sierra Leone became an OGP member in 2013.

Parliaments are fundamental institutions of democratic governance. To support the Parliament of Sierra Leone in smoothly and efficiently performing its functions, WFD is leading the facilitation process of the re-commitment to the principles of the Bo Declaration. The FCDO– funded Inclusive and Accountable Politics (IAP) programme aims to rebuild commitment for positive and non-combative parliamentary processes and party dialogue. The IAP programme is also focused on building on the success of the Open Government Partnership (OGP). To do this, WFD provides technical support to the Parliament of Sierra Leone Staff, OGP Steering Committee Partners, MPs, and Citizens through civil society organisations (CSOs) partners.

As democratic representatives of the people, parliaments have the key responsibility of examining policies and their impact on citizens. In July 2020, WFD launched a project focused on supporting the Parliament of Sierra Leone by improving its access to crucial gender–sensitive data during the COVID-19 pandemic. This data helped inform MPs’ inputs in parliamentary debates, oversight, and law-making processes that focus on the effect of COVID-19 on vulnerable groups such as women and girls. This is in addition to holding the Government to account on its COVID-19 response. The project was funded by the British High Commission in Sierra Leone.

Parliaments and local governments are essential for effective, inclusive democratic governance. Through funding from the Commonwealth Partnership for Democracy (CP4D), WFD focused on advancing disability rights in Sierra Leone. The programme supported PWDs in the country in advancing disability issues in Parliament and local councils after the 2018 elections. It targeted the Sierra Leone Parliament to demonstrate leadership in taking concrete steps to raise awareness and integrate disability friendly policy within its operations. WFD also collaborated and supported disability coordination within the Ministry of Social Welfare Gender and Children’s Affairs, the Freetown City Council, and the Sierra Leone Union on Disability Issues (SLUDI).

First National Agenda for the inclusion of persons with disabilities in the electoral and political process launched involving community groups, political parties and institutions.

Parliament of Sierra Leone makes first breakthrough in creating a platform for citizens to interact with the Parliament using technology.

WFD has been recognised to serve as a National Steering Committee Member in OGP in Sierra Leone. 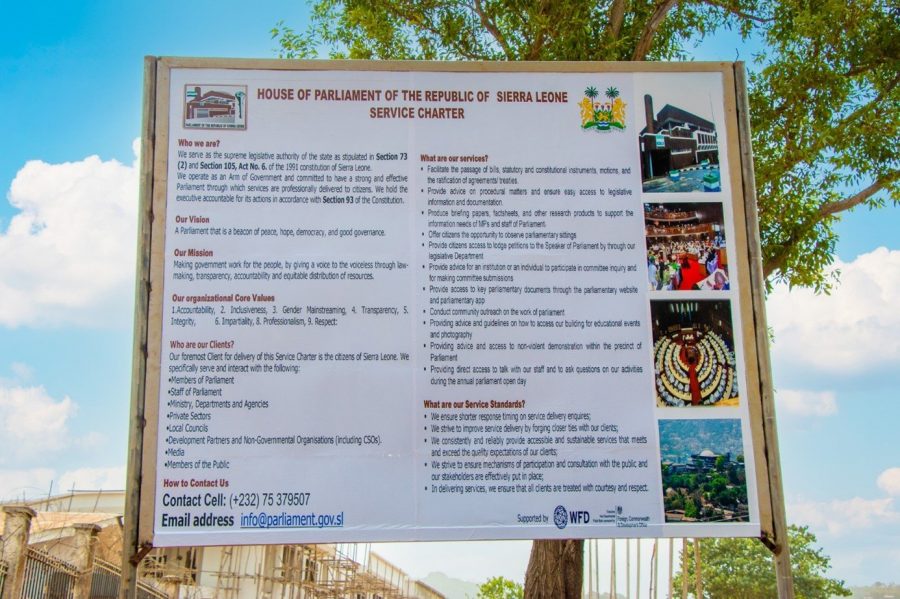 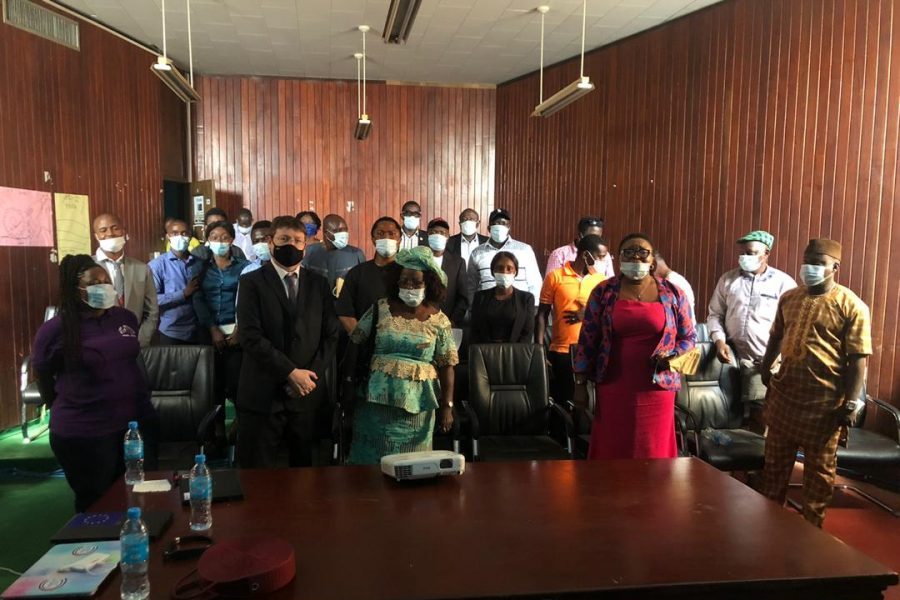 Story
Improving the Sierra Leone Parliament’s access to crucial gender-sensitive data
As democratic representatives of the people, parliaments have the key responsibility of examining policies and their impact on citizens. This is essential in times of a crisis, such as the COVID-19 pandemic. In July 2020, WFD launched a project focused on supporting the Parliament of Sierra Leone by improving its access to crucial gender–sensitive data during the pandemic. 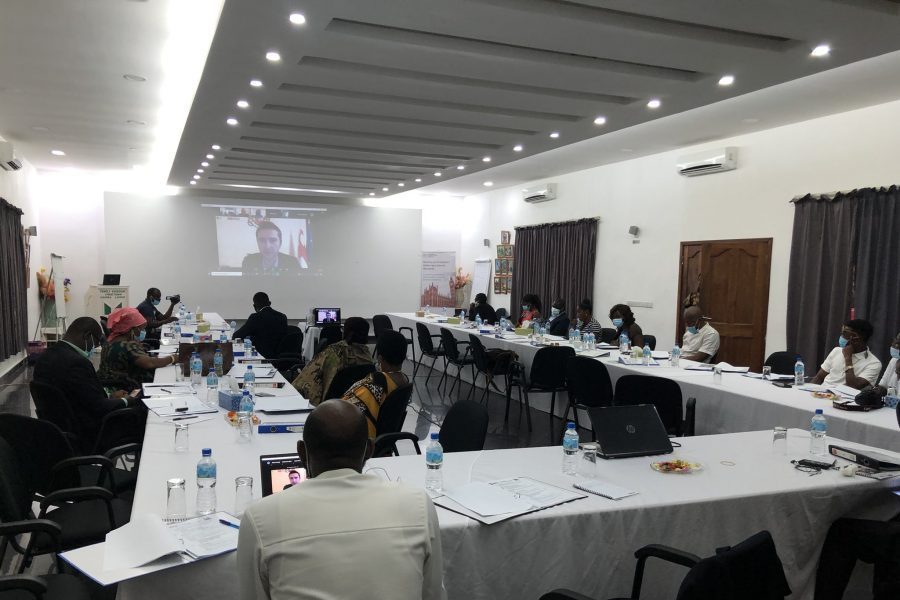 Story
Open parliament: Sierra Leone’s national assembly committed to transparency for all citizens
WFD held a two-day virtual study tour in December 2020 in support of Sierra Leone's parliament to become more open and transparent to its citizens and effectively collaborate with other actors. 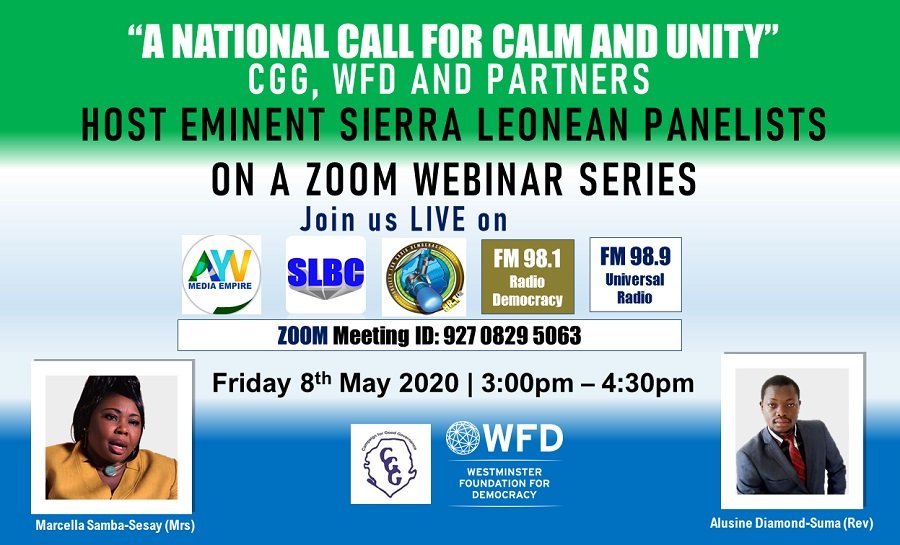 News
WFD joins Campaign for Good Governance on a National call to calm and unity
WFD joined a National Conference in Sierra Leone focused on discussing strategies that will urge all political parties and the government to tone down unhelpful rhetoric, utterances, and actions.
Read more 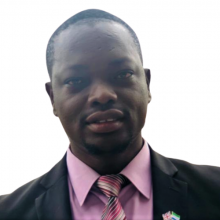