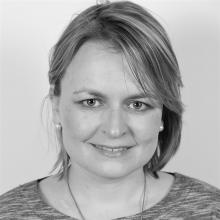 Already recognised in a range of international declarations and agreements, there is growing evidence on the synergy between environmentalism and the key pillars of democracy, namely transparency, participation, and justice. Political parties have an important role to play in safeguarding these key pillars of democracy and advancing the environmental agenda. They can do this through relationships with the voters that shape public attitudes, their ability to hold government accountable, and through party competition. Yet, when countries look to spend money on environment and development projects overseas, political parties are often overlooked.

Political parties help build bridges between citizens and government and provide an outlet to amplify the political voices of citizens, civil society, businesses, and parliament. They respond to voter demand, but they also shape public attitudes. For example, several political parties changed their discourse to align with a growing concern over climate change, fuelled by climate activists. In societies with low awareness or concern about the environment, political parties can help raise public awareness and push environmental concerns higher among the political priorities.

Political parties can also directly influence the level of ambition and policy outputs by shaping strategic direction and content of policies, for example through legislation. They help strengthen governments' accountability for adoption and implementation of climate change and environmental policies, for example through parliamentary oversight. Many climate change laws, including the 2008 UK Climate Change Act, require governments to report to parliaments annually on progress with the implementation of climate change targets, which form the key pillar of the accountability mechanisms for these laws. Parties can further drive policy actions through party competition to be the most ambitious on environmental policies.  In Denmark, this was evident in the 2019 primary election, where political parties competed to outbid other parties’ climate change targets. This party competition ultimately led to strong political support for the Danish Climate Act, which is set to reduce carbon emissions by 70 percent by 2030. Cross-party consensus on climate change can help advance climate policies, as seen with the 2008 UK Climate Change Act, when political parties on both sides of the political spectrum united behind an objective of strengthening climate change action.

However, party competition does not unequivocally lead to stronger environmental outcomes and sometimes may impede policy changes and overcomplicate political processes. This is often the case in politically polarised societies and areas dominated by powerful interest groups and lobbies opposed to strong environmental or climate change policies. A lack of political consensus between the main parties may jeopardise the maintenance of political commitment and can lead to policy reversal, in particular in the midst of elections or changes in leadership. That is why bridging the divide in the positions of the key parties on environmental issues is important for achieving more ambitious policies and outcomes.

Public opinion on environment and particularly climate change has shifted drastically over the past few years all over the world. In a 2021 UNDP survey, 64 percent of respondents from 50 countries said that climate change was an emergency and called for more ambitious actions by governments. In line with this trend, there has also been a growth in the number and political importance of green parties globally, with the Global Greens Federations now consisting of 80 member parties. For example, green parties are represented in government coalitions in Austria, Belgium, Senegal (where the leader of the green party, FEDES, has become minister for the environment), Finland, Ireland, Luxembourg, New Zealand, Sweden, and most recently in Germany (where Die Grünen doubled their votes from 2017 to receive 14.8 percent of all votes in 2021).

Yet, voter demand for climate action does not necessarily translate to more ambitious domestic climate policies globally. The 2021 Climate Performance Index rated climate policies from 57 nation states and the EU with many democratic countries seeing a decline in their climate policy score. While a state may allow the possibility of forming political parties, if these political parties are marginalised in political decisions, or if they lack a statutory right to hold government accountable, their influence on shaping environmental policies will be limited.

This highlights the importance of increasing awareness and understanding among the political parties globally across the political spectrum, on environment and climate change and the means available to them for advancing ambitious action based on experiences of other countries, such as through addressing these issues in the party manifestos, environmental legislation and post-legislative scrutiny, international and national cross-party dialogues, and other activities building political consensus on climate change and environmental issues. It is also important that overseas development programmes consider the role of political parties and include interventions to strengthen their positive influence and minimise potential negative impacts on environmental and climate agenda. Equally, the environmental agenda should be part of democracy assistance programmes targeting political parties.

Interested in learning more about the role of political parties in environmental democracy? Join WFD’s upcoming Conference on Environmental Democracy from 29-31 March, where we will be launching an extended paper on this topic.

Find out more about the conference