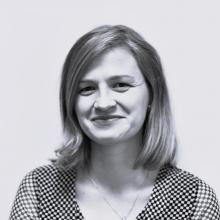 No matter the analytical tools and methodologies, the evidence is clear: patriarchy, masculinity, and biased gender norms underpin violence across all times, phases or conditions. At the core are unequal relations between women and men and the concept that men should power over women and girls.

During the recent UK-hosted conference to Prevent Sexual Violence in Conflict, I listened to numerous accounts of survivors of gendered and sexual violence in conflict situations, like that of Nadia Murad, recipient of the 2018 Nobel Peace Prize.

Their testimonies are painful to listen to and impossible to repeat. The courage and strength the survivors have to share them are phenomenal.

Wars and violent conflicts put a spotlight on conflict-related violence that affects entire populations – women and girls, men and boys. There is an agreement among researchers that ‘innovations in sexual brutality that we observe on the part of some armed organisations (…)  … [are] innovations that would appear to have little precedent in peacetime’.

However, the inter-relationship between violence against women and girls in peace and in conflict times – as identified by Aisling Swaine – is often overlooked. In Swaine’s analysis of violence in Timor-Leste centred around conflict between 1975 and 1999 she shows how violence against women and girls mutated after 1975 and 1999, and how it responded to changing actors and ‘socio-cultural, political and economic contextual factors ’ in three analytical phases: pre-conflict, conflict, and post-conflict.

A reflection shared during the PSVI conference by Désanges Kabuo, a survivor of sexual violence in conflict from the Democratic Republic of Congo, echoed the existence of these linkages. While not explicitly referring to conflict phases, she revealed a painful truth of violence reinventing itself depending on the context and actors: yesterday you were abused and raped by armies, today by your own militia, tomorrow by your own community.

In Kabuo’s reflection, conflict is at the core. It is the beginning that triggered an explosion of abhorrent gender and sexual conflict-related crimes. However, the fact is that war is the only reality for many countries and societies. Take Afghanistan, DRC or Colombia: looking at the available research, Alan Greig explains how it is more accurate to “think of war less as an event (with its neat temporality of “before”, “during” and “after”), and more as a condition of life”.

No matter the analytical tools and methodologies, the evidence is clear: patriarchy, masculinity, and biased gender norms underpin violence across all times, phases or conditions. At the core are unequal relations between women and men and the concept that men should power over women and girls.

Norms and practices that exclude and devalue women’s and girls’ role exist in all spheres of lives. Therefore, as Aisling Swaine concludes: addressing conflict-related violence against women and girls is not only about ‘‘addressing the fact of the harm and its impact, but also about identifying and upending the conditions that allow those harms and that directly and indirectly inhibit women’s full freedoms.” To that end, she urges the adoption of a horizontal pre-conflict, conflict, and post-conflict framework that allows analysis of violence and its cause in each ‘‘phase’’ and then identifies patterns and connections between them. Her analysis of violence in Timor-Leste, led her to a conclusion that violence against women and girls was ”rooted in the normative gendered subordination of women across time and context.”

Democracy support organisations like WFD have an important role to play. Our action to address violence in post-conflict contexts needs to be informed by horizontal analysis of violence and its structural causes. This analysis needs to be linked with an understanding of how women experience violence and harm in society and political systems. Programmes need to contribute to addressing root causes and working on the context, rather than just responding to the immediate conflict. Not delving deep enough under the surface of conflict-related violence poses a risk of sustaining existing structural inequalities and ultimately maintaining that violence.

Commentary
We will not break the cycle of violence against women and girls in war or peace unless we address underlying inequalities
No matter the analytical tools and methodologies, the evidence is clear: patriarchy, masculinity, and biased gender norms underpin violence across all times, phases or conditions. At the core are unequal relations between women and men and the concept that men should power over women and girls.