Will the Ukrainian parliament and anti-corruption agency step up to the task of combating corruption?

Franklin De Vrieze
Location
Ukraine
Theme
Anticorruption
Story
Will the Ukrainian parliament and anti-corruption agency step up to the task of combating corruption?
Corruption is detrimental to the successful functioning of democratic political systems, economic development, and the provision of public services in society. To overcome corruption, countries in transition increasingly count on the role of an Anti-Corruption Commission or Agency (ACA). In this blog, Franklin De Vrieze and Luka Glusac discuss the role of the parliament of Ukraine and the country’s ACA in combating high-profile corruption.

The establishment of an anti-corruption agency (ACA) is often central to a country’s strategy on anti-corruption or institutional integrity. However, their effectiveness depends on the government’s ability and willingness to give it authority, powers, and resources. An ACA must be independent, particularly from government, and so it is the parliament’s responsibility to provide it with a strong mandate, guarantees of independence and security of tenure. What is more, the parliament must hold it accountable for its activities.

The independent functioning of an ACA is therefore contingent on the effective relationship between it and the parliament. Westminster Foundation for Democracy (WFD) has just released a new comparative study covering parliament’s relationship to ACAs in Lithuania, Ukraine and Serbia. It presents four parliamentary functions as key criteria for analysing the appropriateness of the relationship. These include, first, establishing the legal framework and mandate of the ACA; second, selection and appointment of the leadership of the ACA; third, approving or reviewing the budget allocated to the ACAs; and finally, follow-up to annual and other reports of the ACA.

The new study delves into the situation in Ukraine, where corruption is recognised as one of the most important problems of society. Since the 2014 ‘Revolution of Dignity’, Ukraine has undertaken significant legislative reforms to address corruption in public life and fight the culture of impunity for high level corruption.

The establishment of new autonomous bodies for pre-trial investigation and prosecution – the National Anticorruption Bureau of Ukraine (NABU) and the Specialized Anti-corruption Prosecutor’s Office (SAPO) – was a vital step forward in fighting high-profile corruption in Ukraine.

The NABU’s independence is guaranteed by a special procedure for the competitive selection of its Director codified in law, as well as an exhaustive list of reasons for terminating their powers; a competitive selection process for other employees; a clear and legally-established  procedure for its financing and logistics; measures to ensure the personal security of NABU employees, their close relatives, and property.

The rigorous staff selection procedures and the efforts of civil society, backed by international partners, to ensure the ACA’s institutional independence have produced an agency made from a different, more corruption-resistant fabric to the rest of the law enforcement system.

However, NABU’s success faces one impediment: the lack of a properly functioning judicial system to try its cases. By April 2020, the NABU, in cooperation with the SAPO, had initiated 892 pre-trial investigations in high-level corruption cases, including against public figures in Ukraine. However, the conviction rate of these cases remains very low – at 38 cases. According to the European Commission, the vast majority of cases are blocked in Ukraine’s ordinary courts. So far, no high-level official has been convicted of corruption.

In June 2018, the parliament of Ukraine – the Verkhovna Rada of Ukraine (VRU) – adopted legislation to establish a High Anti-Corruption Court (HACC). In April 2019, the HACC judges and those of the Appeals Chamber took the oath, while the court started working in September 2020. The HACC is now in charge of all cases under NABU’s jurisdiction.

The HACC is expected to improve the problem of the low conviction rate. Indeed, there are great expectations that the HACC, widely perceived as the missing link in the system to fight corruption in Ukraine, will guarantee that the NABU cases receive proper and efficient judicial follow up. The judicial outcome of NABU’s cases would also serve to assess not only its own work, but also that of the HACC as well. As the HACC’s success depends on the quality of work conducted by NABU and SAPO, the HACC can convict only if investigators uncover, and prosecutors present, evidence of guilt beyond a reasonable doubt. To that end, it is NABU’s main task to ‘feed’ the HACC with well-investigated and evidence-rich cases. On the other hand, the HACC needs to be able to process those cases efficiently, objectively, and thoroughly. Therefore, the HACC constitutes a critical step in ensuring greater judicial efficiency, integrity, and independence in addressing corruption cases, especially those involving political elites.

One can make the case that the SAPO and HACC will need a high-interest trial, early on, to show their effectiveness and that they are serious about fighting high-level corruption.

The experience of the past five years in Ukraine has shown that it is far easier and more effective to shrink the space for corrupt practices than to punish corrupt individuals. At the same time, the culture of corruption and the negative public perception about state efforts to tackle it can only start to change when important officials are sentenced for corruption in high-profile cases.

Therefore, successful anti-corruption efforts cannot be reduced to simply passing laws and creating institutions, but also depend  on the effective implementation of the reforms passed, a view emphasised by GRECO, the Council of Europe’s Group of States against Corruption. Likewise, the independence and impartiality of anti-corruption institutions must be ensured not only in law, but also in practice.

While the VRU has adopted legislation that establishes anti-corruption institutions and has been approving their budgets, it has limited itself to a legislative role, and has been less successful in fulfilling its other functions in regards to overseeing the work of these bodies.

First, the VRU is required to discuss the anti-corruption reports. NABU provides the President, the VRU and the Cabinet of Ministers with a written report on its activities twice a year for the previous six-month period. According to NABU legislation, the VRU Committee on Corruption Prevention needs to conduct, at least once a year, a public hearing on the activities of the NABU. However, there were no annual parliamentary hearings on NABU reports during the past several years. Only in April 2019, the Committee held a first hearing regarding the work of NABU for the previous four years.

Second, every year, an independent, external assessment or audit of the effectiveness of the NABU and its operational and institutional independence needs to be conducted. The assessment should be carried out by an external three-member commission. The President, the VRU and the Cabinet of Ministers each year should appoint one member of the commission. While the VRU has established the most developed procedure in selecting the member of the commission through an open competition, no audit has been performed yet, despite pressure by the international partners of Ukraine. Still, there is progress in strengthening the internal audit function of NABU, as stated in NABU’s Strategic Plan, adopted in May 2020.

There is, therefore, room for improvement of the VRU’s practice in discussing the NABU’s reports and a more proactive role in ensuring that an external annual audit is performed and properly followed up. With such improvements, the VRU would be in a better position to not only protect NABU’s independence, but also make it more accountable. This is even more necessary at the current moment in time, when NABU has the right to freely access citizens’ electronic communications. As NABU becomes more powerful, it must act according to the idea that with more rights comes more responsibilities.

There is no quick solution for building a functioning anti-corruption system, even with political will. The issue of corruption touches upon all aspects of the state and addressing it has similarly to draw on many aspects of the broader state reform issues, including civil service reforms, institutional capacity development, building integrity systems and upgrading the policy capacities.  With a strong mandate and leadership, independent ACAs are an invaluable institutional feature for both prevention and law-enforcement.

Commentary
A political approach to combatting corruption
For too long, corruption has been viewed as a secondary development issue. This is a mistake. Corruption is a security issue of the first degree. Dirty money and democracy don’t go together. 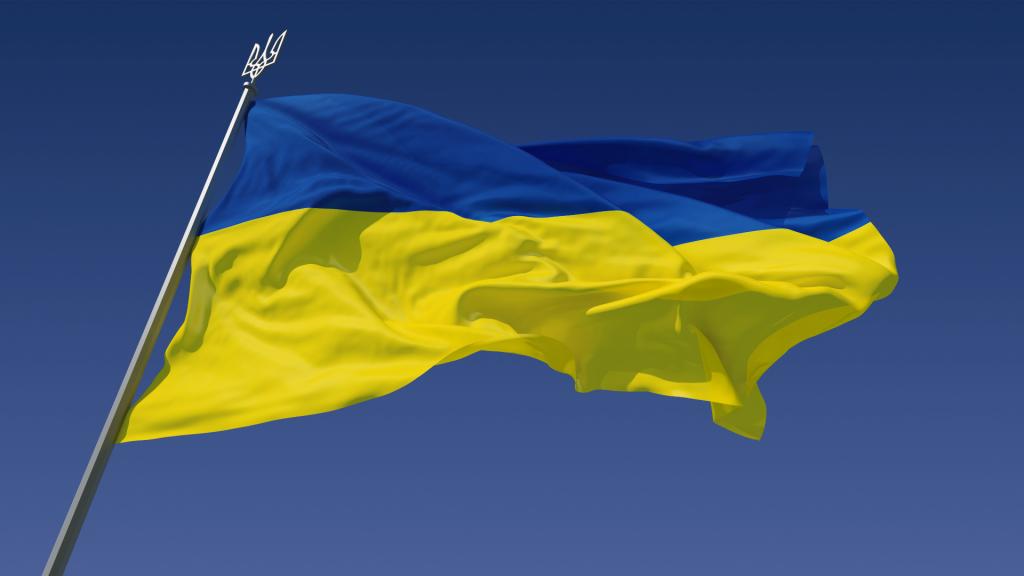 Story
Will the Ukrainian parliament and anti-corruption agency step up to the task of combating corruption?
Corruption is detrimental to the successful functioning of democratic political systems, economic development, and the provision of public services in society. To overcome corruption, countries in transition increasingly count on the role of an Anti-Corruption Commission or Agency (ACA). In this blog, Franklin De Vrieze and Luka Glusac discuss the role of the parliament of Ukraine and the country’s ACA in combating high-profile corruption. 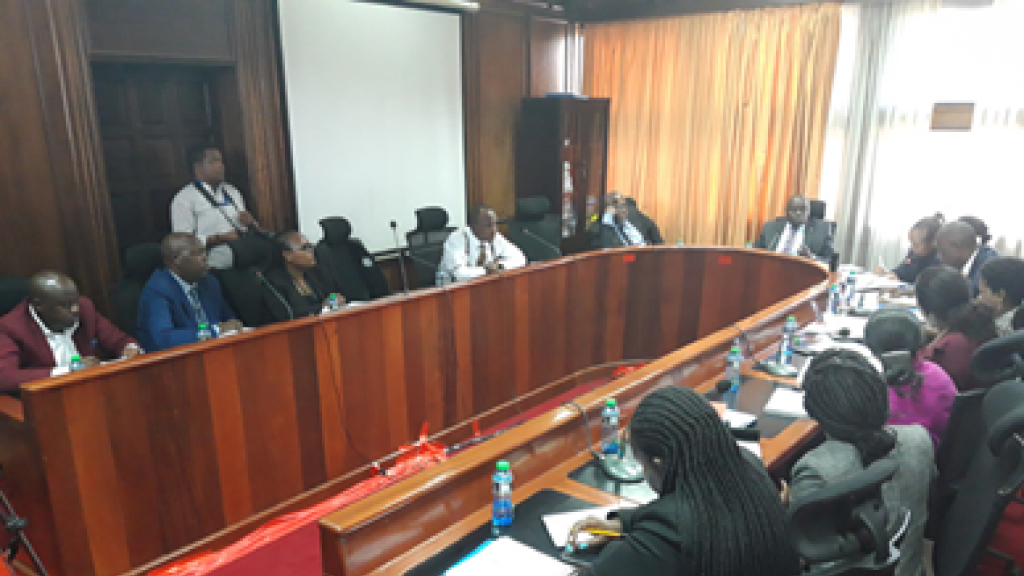 Story
Strengthening the Parliament of Kenya to effectively promote inclusion and accountability
WFD is carrying out its Inclusive and Accountable Programme (IAP) in partnership with Senate and National Assembly. The programme aims to improve the ability of the Parliament of Kenya to effectively address corruption and promote inclusion and accountability.

Commentary
Are parliaments doing enough on corruption?
What lies at the core of the parliamentary ‘dilemma’ on anti-corruption?
Read more