More women in parliament in North Macedonia, but more needs to be done to bolster political participation 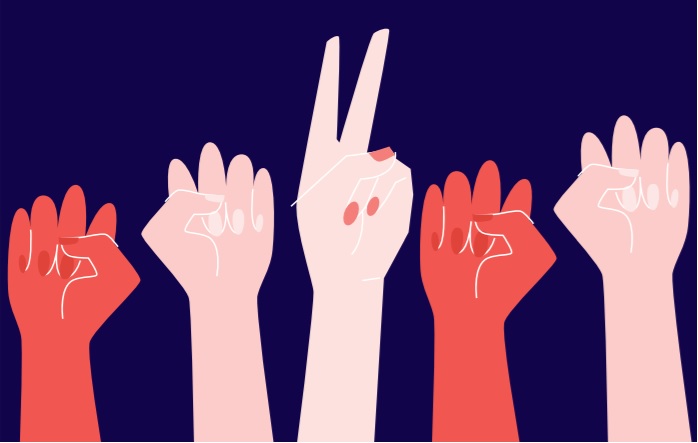 Social-economic status as a factor for political participation

The findings of the study point out that in 2017, the employment rate of women in North Macedonia is 34.6% compared to 53.6% for men. Women earn a lower salary then men by 12.5%. They are less prone to business ventures, as in 2017 there was 2.51 times more men compared to women entrepreneurs.

Fewer women in decision making in the private and academic sector

Even though in academia there is a higher degree of equality (compared with other areas) in the number of professors and associates at public universities, this is not the case for the highest positions at the same universities. No single woman is a rector of a public university and 78% of Deans of universities are men. As one moves higher up the hierarchy in the university management, the possibilities for women’s participation decrease. However, once women take up managing positions in the academic community, the presence of other women on other positions higher up the ladder also increases.

Looking at the presence of women in the boards of the stock exchanges’ top 10 companies, North Macedonia is far behind the European average of 27.8% with its mere 16.7%. However, the impression from the research analysis is that when women become members of the boards, they are considered equal, active and vocal members.

One of the research papers focused on the role of the Parliament’s Club of Women MPs. The research conducted with current members of the club shows that one of the key accomplishments of the club is the enabling of conditions for cooperation across parties, even in periods of high polarization. The research recommends that in order to strengthen the role of the Club its work needs to be more formalized and regular and the technical support increased, while the horizontal and consensus-based work should be maintained. The club should also establish stronger relations with Committees with few women members.

Looking at the parliamentary committees the research shows that on 12 out of 21 committees, the presence of women is under 50%. These are typically committees in fields such as finance, safety, community relations, or transport. Women are more present (over 50%) in committees classified as “soft”, such as gender issues, education, culture and social affairs. These findings align with the global trends. Still, there are some exceptions, for instance having women chairs in some of the male dominated committees or the bigger presence of women in the Committee on Foreign relations.

The findings from the study show that there is a trend towards an increased presence of women in the parliament, local councils and managing boards in other areas, but this does not necessarily reflect in an increased women’s political participation and activity in advocating gender rights and strengthening of policies for gender equality. The structural factors influencing women’s political participation are embedded in general social processes, the maintaining of patriarchal values, tradition and conservative culture. The inhibiting factors cannot be overcome solely by campaigns and civil society actions, but require a coordinated institutional approach in education, media, social affairs and health. The best results are achieved with continuous and synchronised commitment of institutions, political actors and civil society and activists.

Through this publication, the WFD aims to provide better insight in the specific issues related to women’s rights and perceptions and provide methodologically sound data that stakeholders can rely on when developing future policies.

WFD would like to extend its gratitude to the authors of the study: Katerina Kolozova, Marija Savovska and their team, as well as the editor of the scientific – research papers Nenad Markovikj and the authors: Misho Dokmanovikj, Jovana Gjorgjiovska, Eva Jovanova, Ana Mukoska, Blagica Petrova and Marija Topuzovska Latkovikj. The publication of the study and research papers is part of the Western Balkans Democracy Initiative supported by the British Government.